It was a ‘Wonderland‘ for Singapore Ddanjjaks on 27th September 2017. After working hard, making campaigns and collecting make points on mymusictaste.com,  Singapore Ddanjjaks’ hard work finally paid off and they managed to bring Gugudan to Singapore for their first official overseas’ fanmeet! 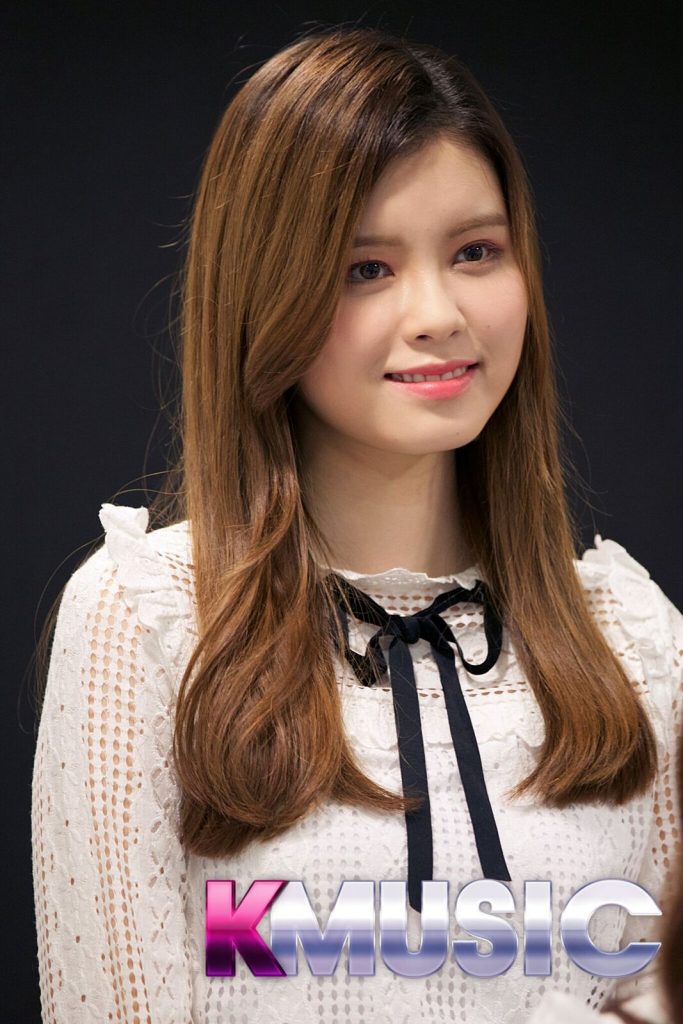 The fanmeet kick started with their first title track, ‘Wonderland‘ followed by a short greeting where Nayoung and Sally greeted in Chinese. Ddanjjak was so pumped up that they went straight to perform ‘Good Boy‘ and ‘Hate You‘. 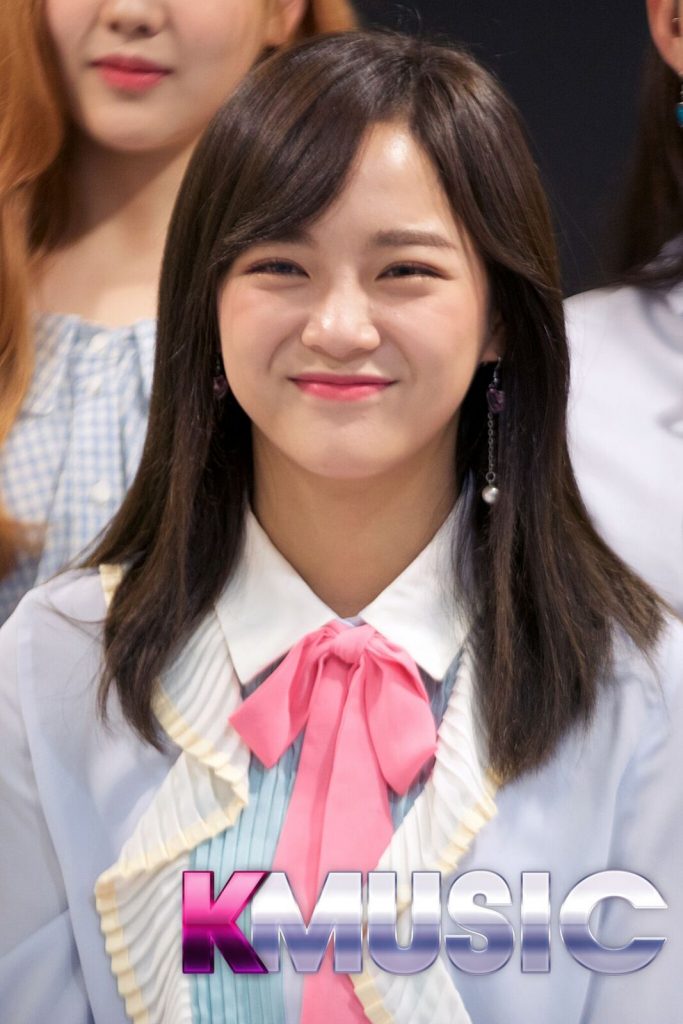 There were four segments to this the fanmeet; the opening, followed by the Keyword Talk to Reforming T-shirts to the closing and of course, the encore. The first keyword for Keyword Talk was Theatre Gugudan. They shared about what each member is in charge of and the crowd burst into laughter when they found out that Sejeong who is in charge of cleaning, even though she herself doesn’t clean that much. 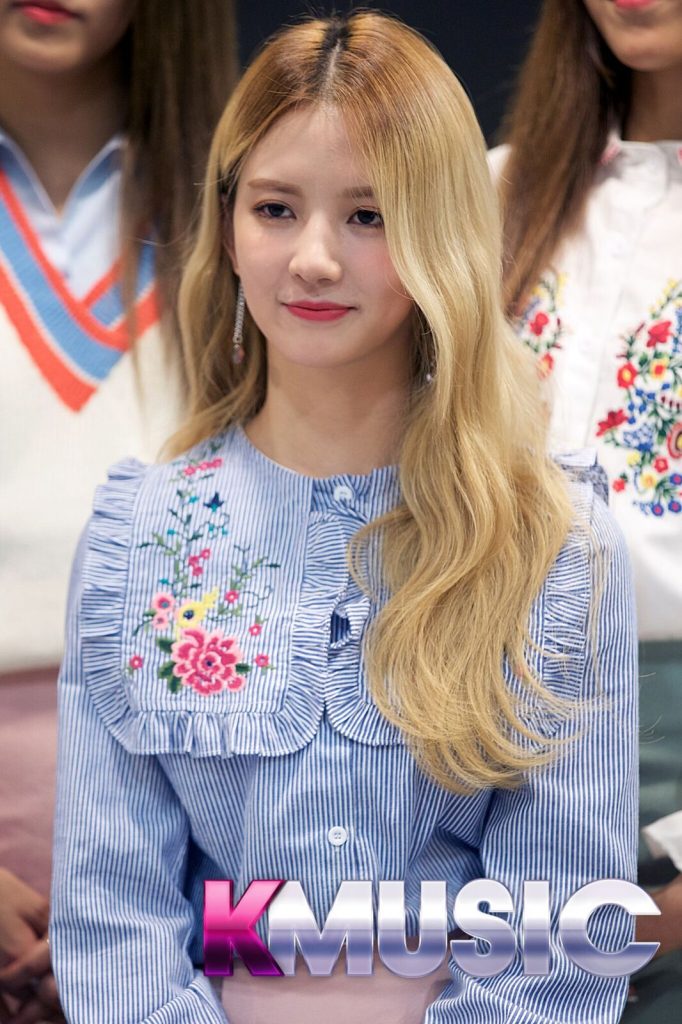 The second keyword was Baby Gugudan. Baby photos of every member were revealed during the fanmeet. The nine girls were surprised that Ddanjjaks managed to identify each member. Nayoung also shared that she has a lot of photos with her older brother because they are very close. The third keyword was Well Rounded as all the members in Gugudan can sing, dance and even act! Mina and Hyeyeon, Gugudan’s subunit, Ogu Ogu, performed ‘Ice Chu‘ a little and the other members asked them to finish the performance since the song was already ending. Mina also reminded Ddanjjaks to watch her new drama, “It’s my first time acting and I really tried my best so make sure you all watch the drama.” 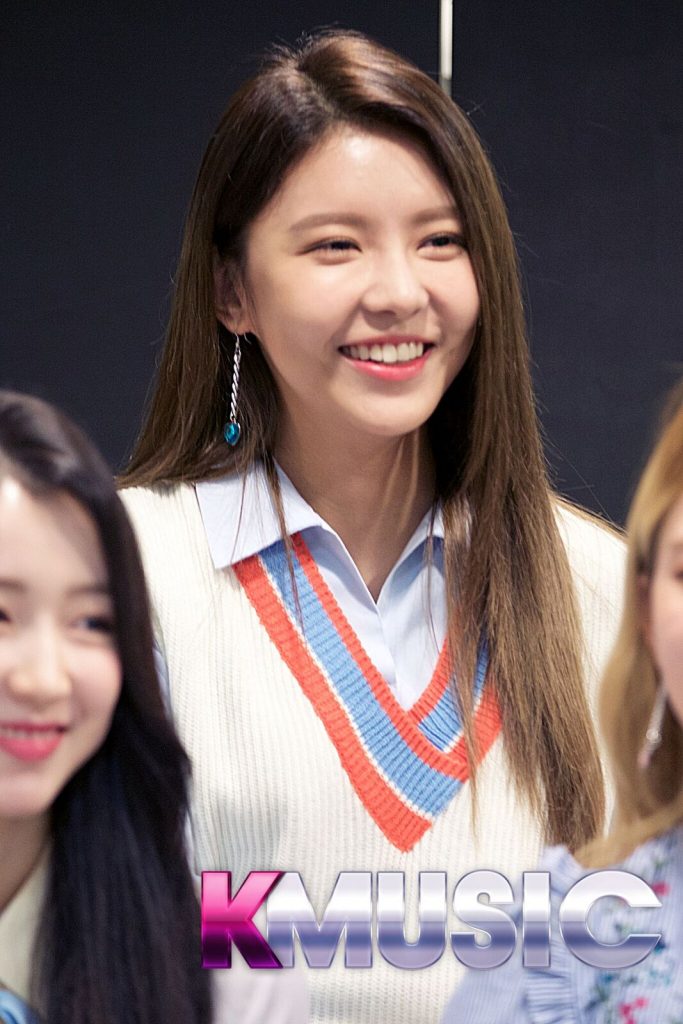 Sejeong also mentioned that she had just finished her drama filming and that her solo track, ‘Flower Road‘ also received a lot of love which she performed a little for the fans. The final keyword was Special Talent. Hyeyeon did a Doraemon imitation and Mina did a bunny aegyo. To end this segment, all of the members performed their acapella version of Ray’s ‘Rockhouse‘ and without a doubt, they killed it with their harmonization. Fans who attended the fanmeet managed to watch them warm up their voices in a hilarious way before they start the acapella performance. 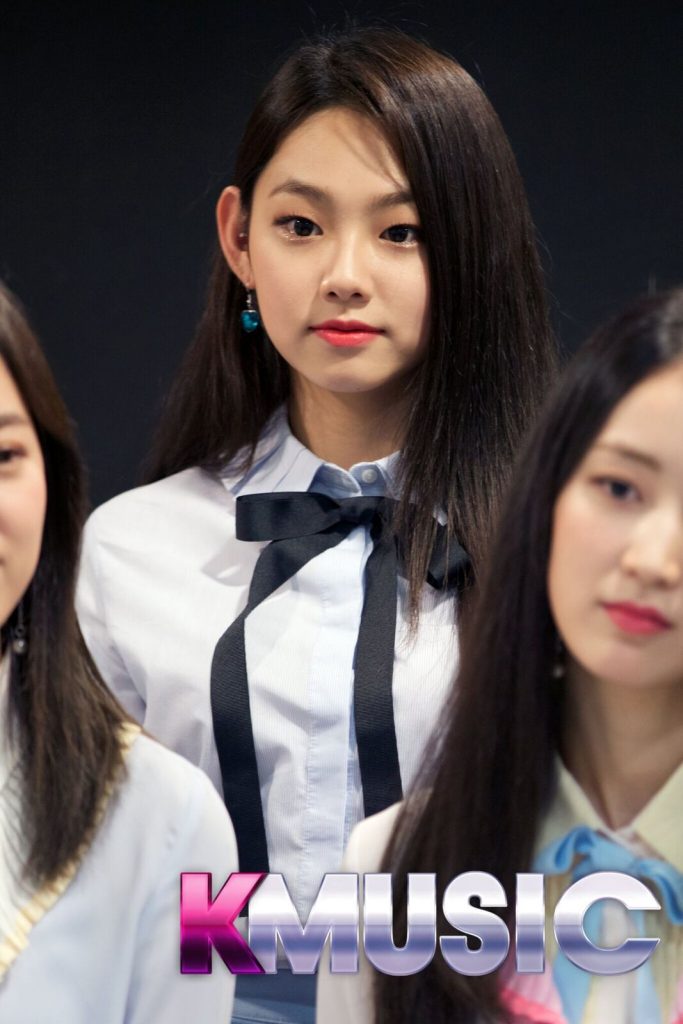 Moving on to the next segment, the members were spilt into four teams, two members in each team and Sejeong ended up being the emcee, who judged this segment. The teams were given chances to win special brooches to design their T-shirts by playing 3 games. The first game was Telepathy game, where Sejeong mentions a word and both member in each team have to do the same action to earn a point. The OguOgu team, Mina and Hyeyeon won this game. 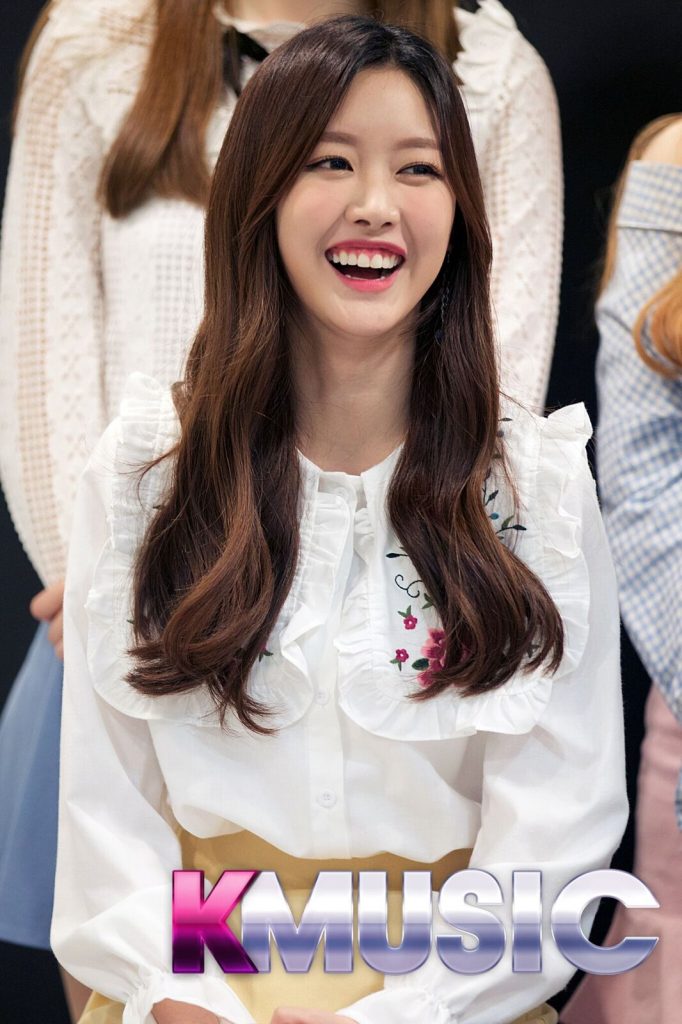 The next game was to throw the signed balls to the furthest fan in the theatre. The unnie team, consisting of Hana and Mimi, won this game and celebrated it like they have saved the world. Last game was the Bottle Flip challenge, the 95’ line team, Haebin and Nayoung won. Haebin added that she did this a lot during her school lunch breaks so it was expected that she won. Each team was given 5 minutes to decorate their t-shirts and Sejeong will select one member of the losing team to wear the shirt that they have designed. 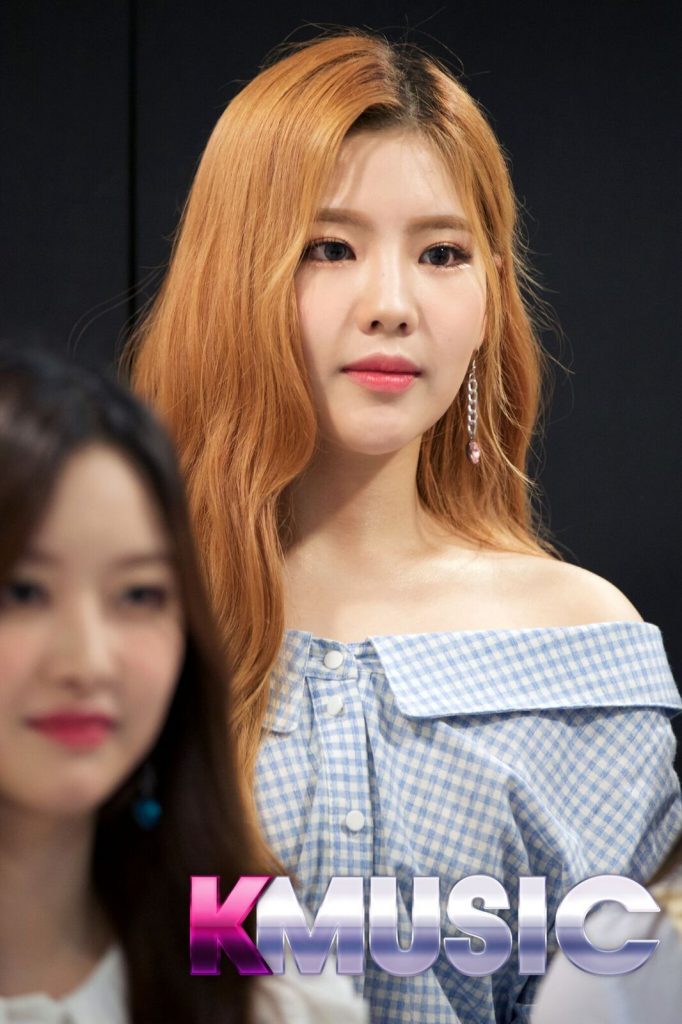 Since Sally and Soyee did not win any special brooches, they went with a simple V-neck shirt with their signature on the sleeves. Mina and Hyeyeon went with the ripped shirt design and decorated it with the brooches they have won. They also designed it with their lipstick mark which Sejeong jokingly said that the shirt is dirty. Hana and Mimi went for crop top with fringe, to give the jellyfish look. They also decorated it with brooches on the shoulder and signed on the shirt. 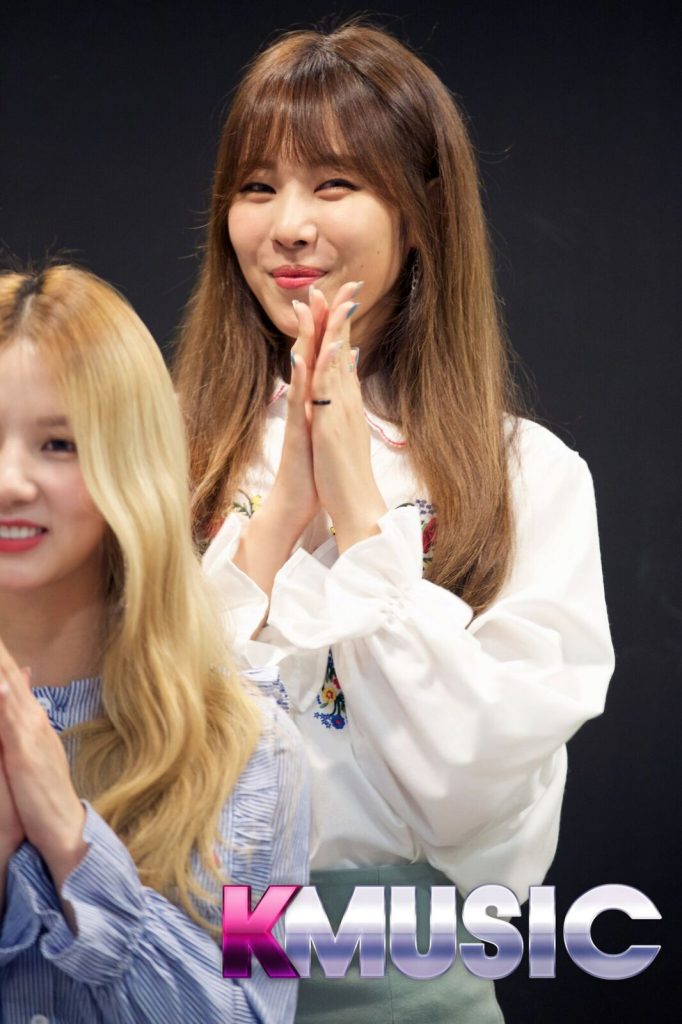 Lastly, Nayoung and Haebin went for the simple basic design. With the brooches they won, they pin GGDZ(gugudanz(jj)ak) on the right side of the shirt and touched it up with their signature. Sejeong choose Hana and Mimi as the loser with an ulterior motive as the shirt was so sexily designed, she wanted to make one of them wear it. Her planned backfired when Ddanjjaks choose Sejeong to wear the shirt instead. Not to disappoint the fans, Sejeong really wore the shirt during their Encore stage. 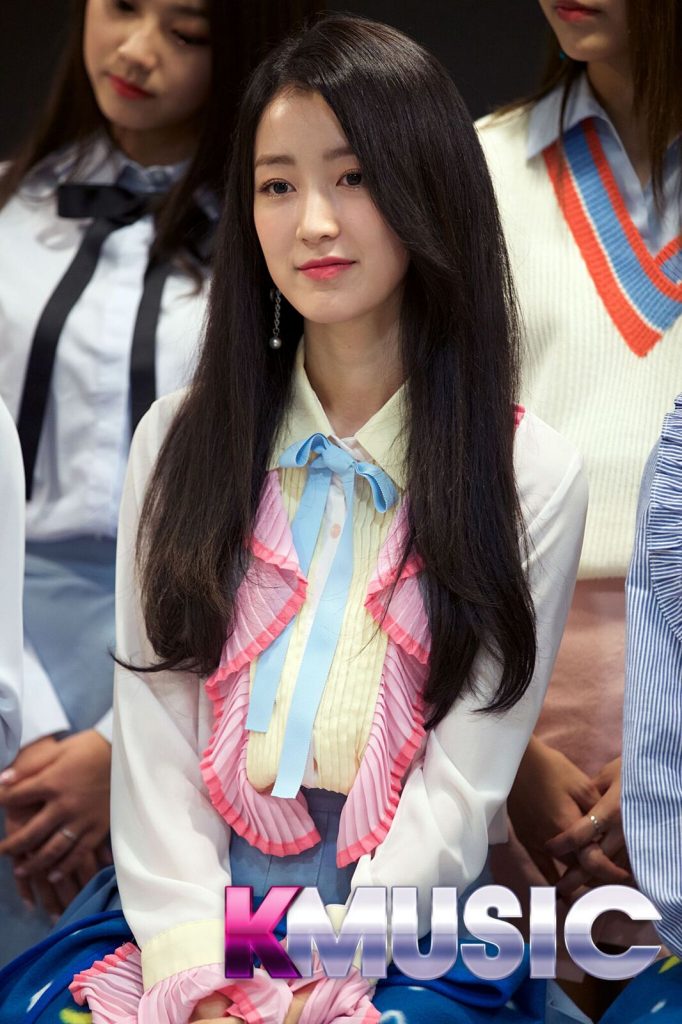 The closing segment was like a mini concert, which started with a little X/O prerecorded video game. Fans who got the correct answer won an exclusive polaroid. The girls then returned on stage with ‘A Girl Like Me‘, followed by ‘Rainbow‘. Highlight of this fanmeet was that Gugudan performed ‘Perhaps Love‘ live for the first time ever! 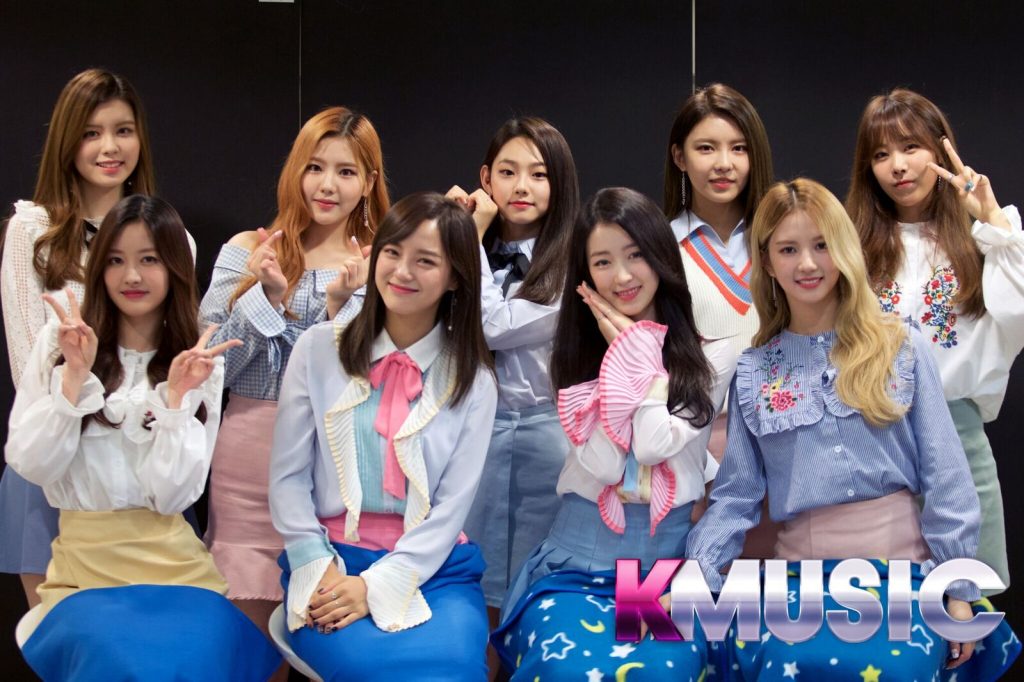 The mini concert continued with ‘One Step Closer‘ and ‘Maybe Tomorrow‘. Before ending the night with ‘Diary‘, Hana said that she and the members had fun with Ddanjjaks and which Hyeyeon continue that she hopes that Gugudan could return to Singapore for a full scale concert in the future.

Ddanjjaks’ screamed for encore, which had the girls come back on stage with ‘Wonderland‘. The members threw signed balls and even took selfies with fans’ personal mobile phones! The night ended with a hi-touch and photo taking event for Gugudan and Ultimate ticket holders.

We would also like to thank Jellyfish Entertainment and My Music Taste for the opportunity to cover this event. It was an enjoyable event and fans definitely have enjoyed every moment of it!

Stay tuned to Officially Kmusic for an exclusive interview video we had with Gugudan before the fanmeet!