Gugudan has released the album packaging details and track list for their third mini album ‘Act.5 New Action‘. It will be released on November 6th.

The album consists of the album case, booklet, CD, postcard, sticker, poster, and photo card. Fans who purchase this album will surely be getting their money’s worth as it comes with so many benefits. They will also be testing their luck as the poster and photo card are random. 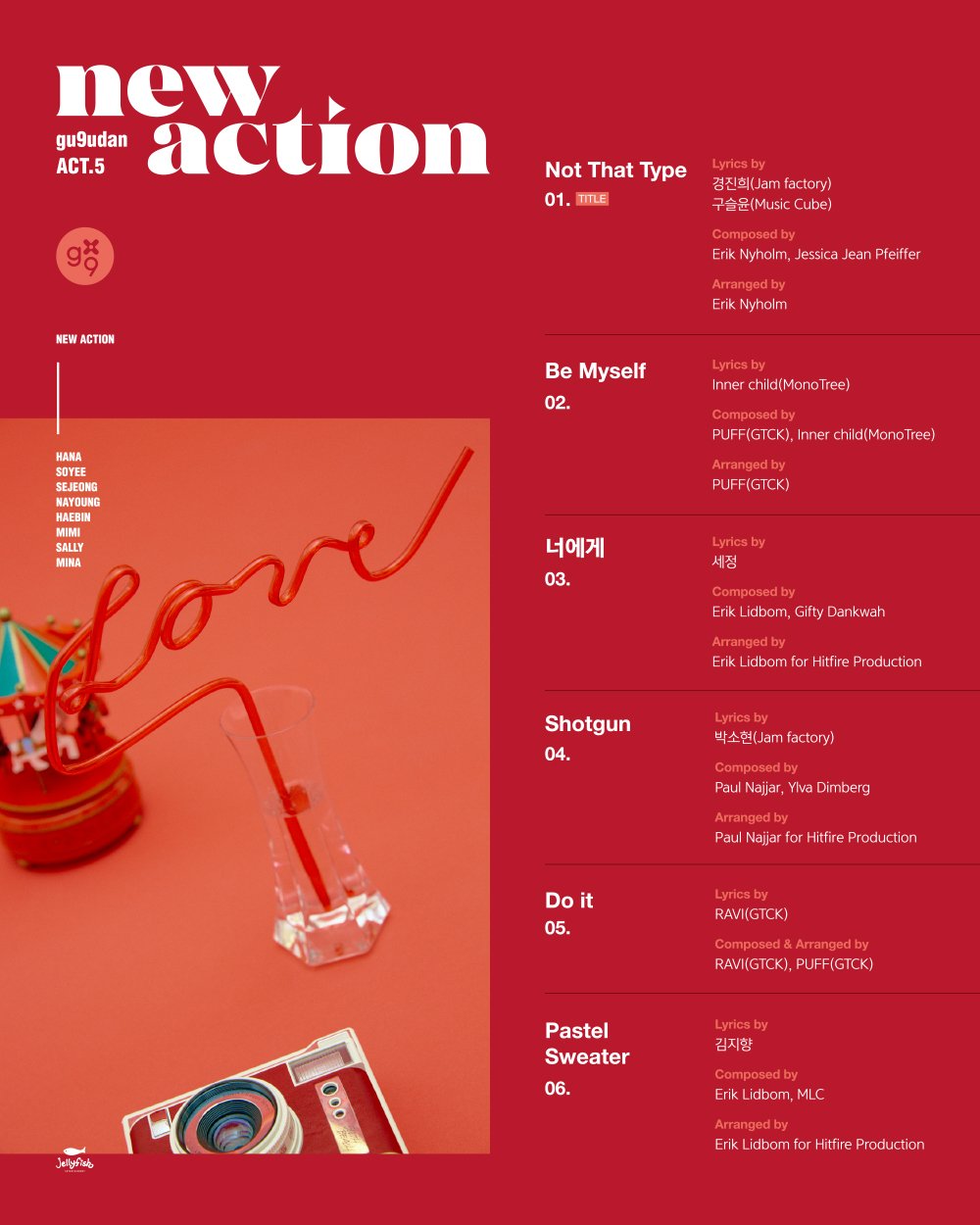 The album contains six tracks. The title track is ‘Not That Type‘, and it already sounds like the lyrics will be sassy. The track list also reveals the production details of each track. The image on the left depicts a straw that spells out “love“, a mini carousel, and a vintage camera. The theme is red.

What do you think of these new teasers? Let us know in the comments below.