gugudan continues to tease for their third installment to their Act series. So far, they had the first Act: ‘The Little Mermaid‘ for their debut album, the second Act: ‘Narcissus‘ and now the third Act: ‘Chococo Factory‘. This will also mark their first single album. They have revealed many image teasers, as well as the tracklist. So, check that out below! 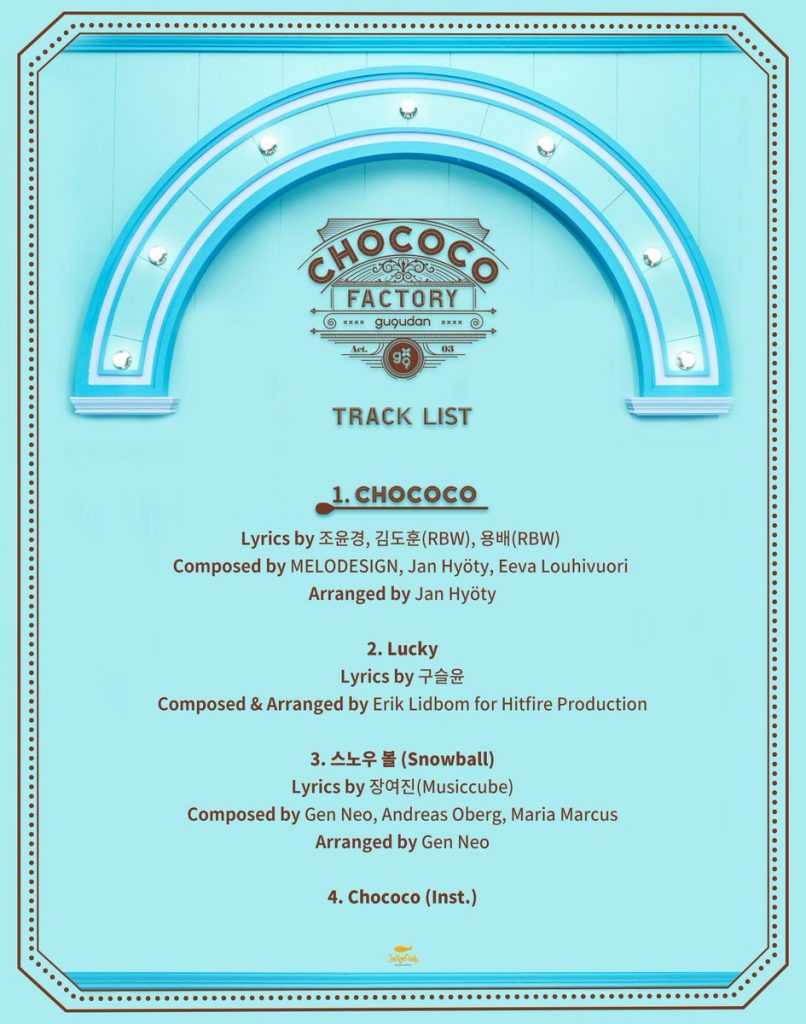 This album will have a total of three tracks including the title track, ‘Chococo‘, ‘Luck‘ and ‘Snowball‘. It will be interesting to see what these tracks will sound like. On top of that, gugudan have revealed many beautiful image teasers, including the online cover image and their individual image teasers.As seen below, their online cover image surely fits with the ‘Charlie and the Chocolate Factory’ theme where they look adorable in their red outfits. 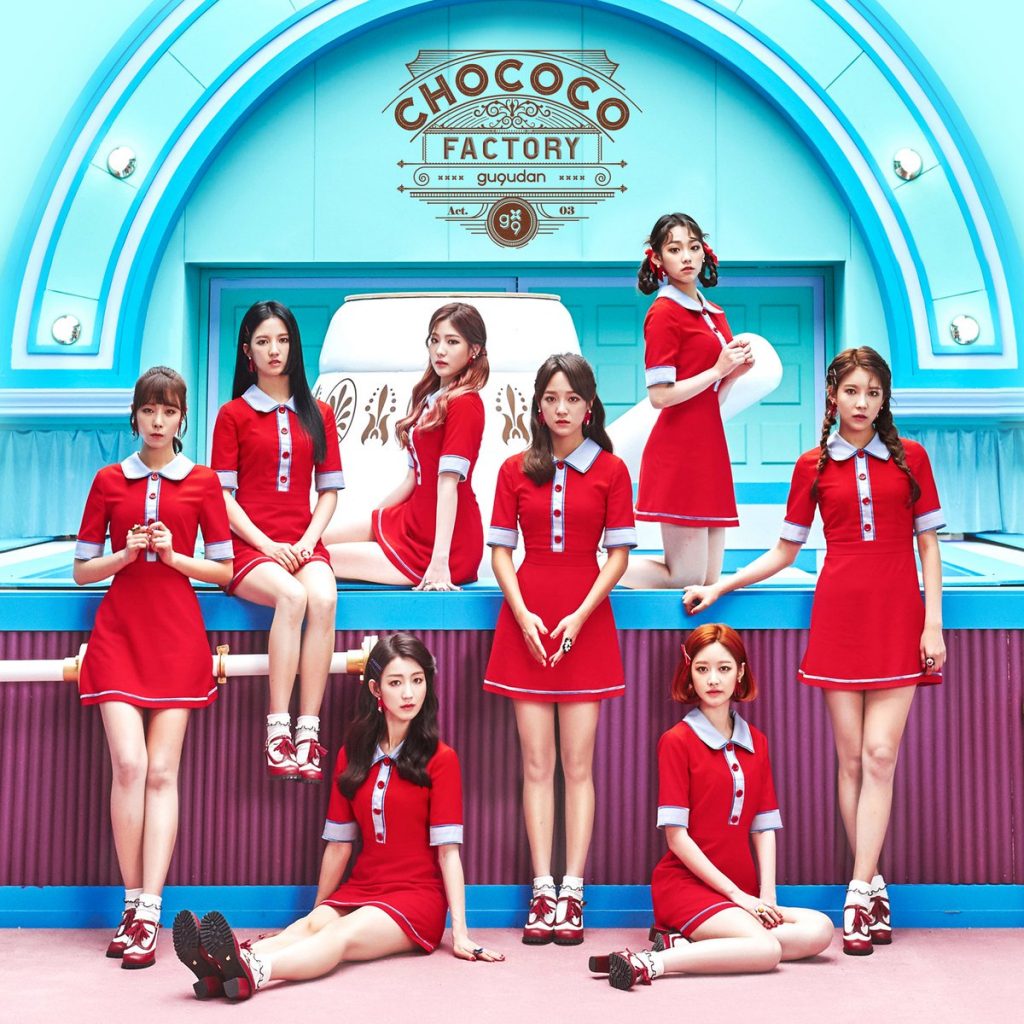 The girls have also revealed their individual image teasers. Going with the same theme as the online cover image, the girls appear to have this doll-like stiff body gestures. This fits nicely with their ‘Chococo Factory‘ where they appear to be workers in this factory. The girls are wearing distinct and matching red outfits and pose in different areas. Their hairstyles also match their image well, giving them this beautiful look. 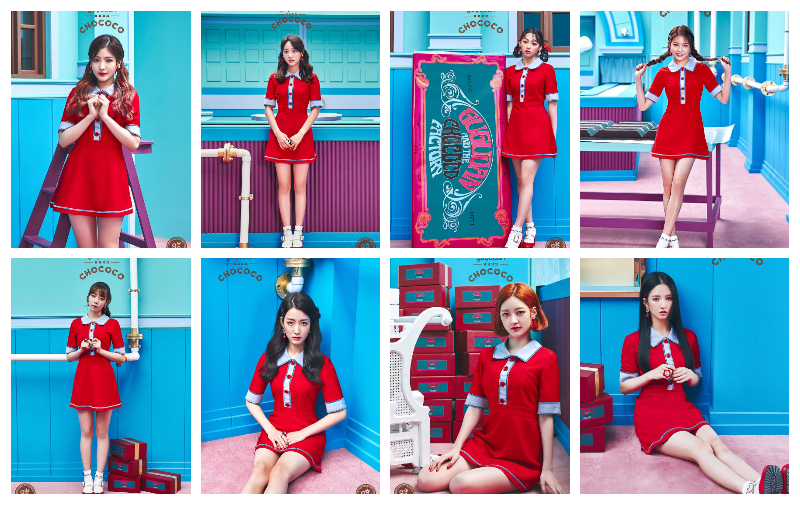 Finally, gugudan have also released couple images where the girls are split up into two groups. They are posing behind a rather beautiful yellow background, wearing matching blue outfits! 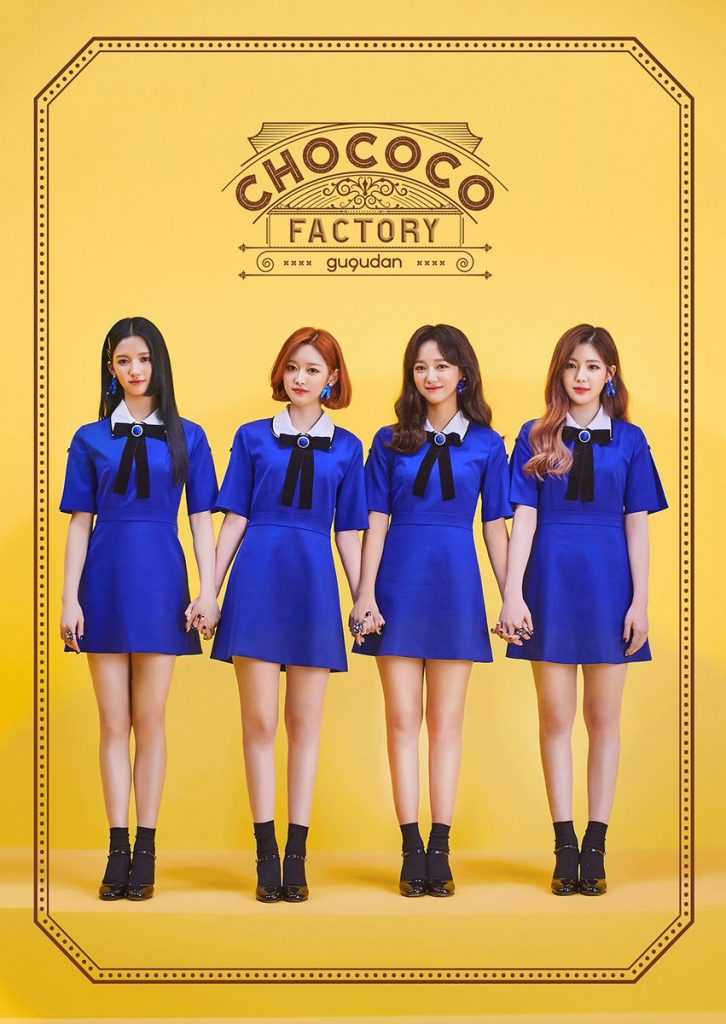 In this image, the four members give the camera their best smiles as they hold each other’s hand. They look so cute in this blue matching outfits, especially with the big black bow. 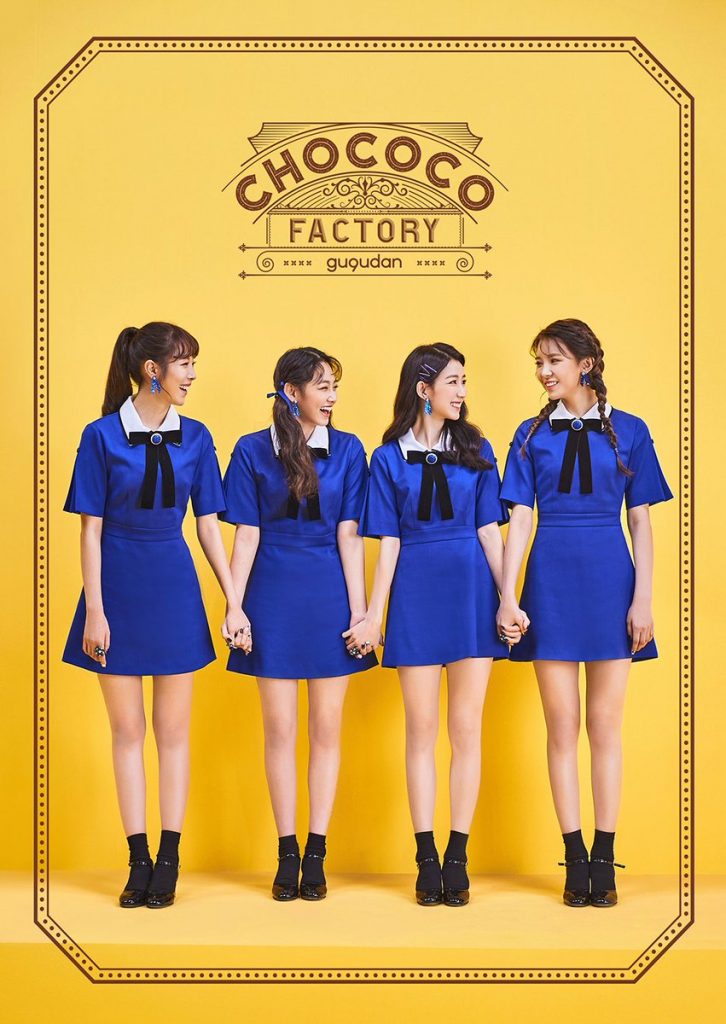 The other image is of the other four members where they too are holding each other’s hand. What is different between the couple image is that in this image the girls are more happier and seem to be smiling. Both image gives off the bright atmosphere which fits into the yellow background. Fans definitely can’t wait to see how their tracks will sound like!

Meanwhile, you can expect more exciting things from gugudan as they plan to release their highlight medley on November 1st and the music video teaser on November 6th! The girls will make their return with ‘Chococo Factory‘ on November 8th! Are you excited? Let us know in the comments below!