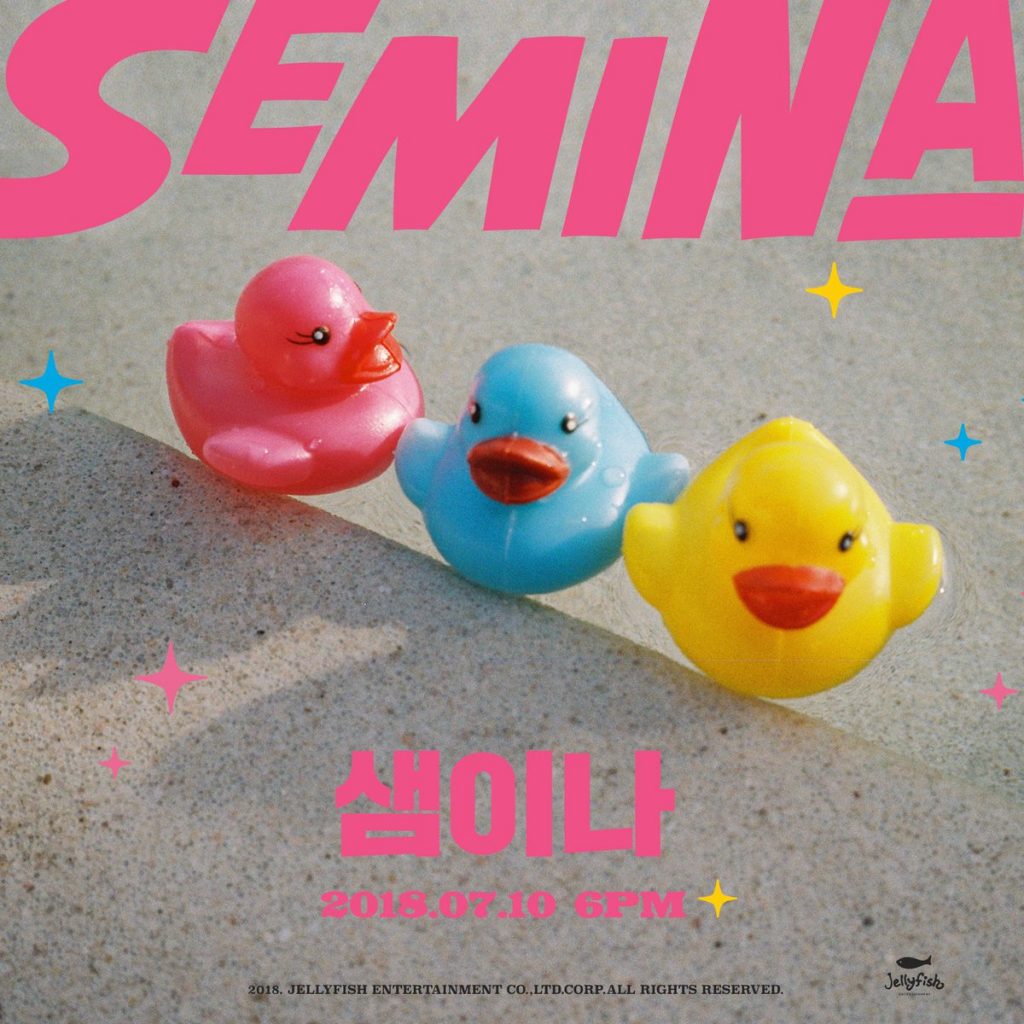 The subunit will be releasing a single album called ‘SEMINA‘, with the title track, ‘Samina‘. ‘Samina‘ is a play on words from the subunit’s name. It also has the meaning of acting or feeling jealous. This is evident among the ducks where the blue and yellow duck are close, making the pink one jealous! Also to note, the colours of the duck is able to represent each one of the members in the subunit.

Meanwhile, gugudan SEMINA will make their hot debut on July 10th. What do you think of the new image teaser? Let us know in the comments below!