Jellyfish Entertainment has confirmed the date for Gugudan‘s next comeback!

In an official statement, the company said that “Gugudan will be making their comeback with their first single album on November 8″. The statement continued, “the group is working hard to return with a product with a unique charm, and to show a new, transformed image through their new single album.” 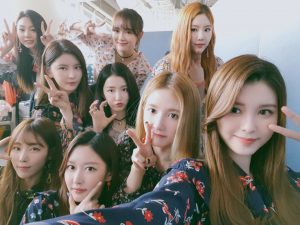 Gugudan last had a full-group comeback in February with title track ‘A Girl Like Me‘ from their album ‘Act. 2 Narcissus‘. Since then the members have all been very busy, with Sejeong snagging the lead role in ‘School 2017‘, Mina making her acting debut in ‘20th Century Boy and Girl‘, the debut of subunit Gugudan5959 with ‘Ice Chu‘, and Sejeong featuring on SM Station.

Gugudan will return to the stage on November 8! What concept would you like to see the group tackle? Let us know in the comments!