Listen up, Gummy fans! The soloist confirmed that her comeback is on track for a June release, and also revealed the official poster for her upcoming solo concert!

Gummy’s agency, C-JeS Entertainment, announced on May 8th that her comeback is set for the second week of June, after being delayed due to the tragic SEWOL events. This is the first album since her last release, “Loveless,” in 2010. The mini album is said to contain lyrics with warm, emotional messages, delivering a sound that is easy on the ears.

Gummy’s concert is scheduled for July 19th, to be held at the Coex Atrium in Seoul. Check out the official poster below as we wait to see what surprises Gummy has in store for us! 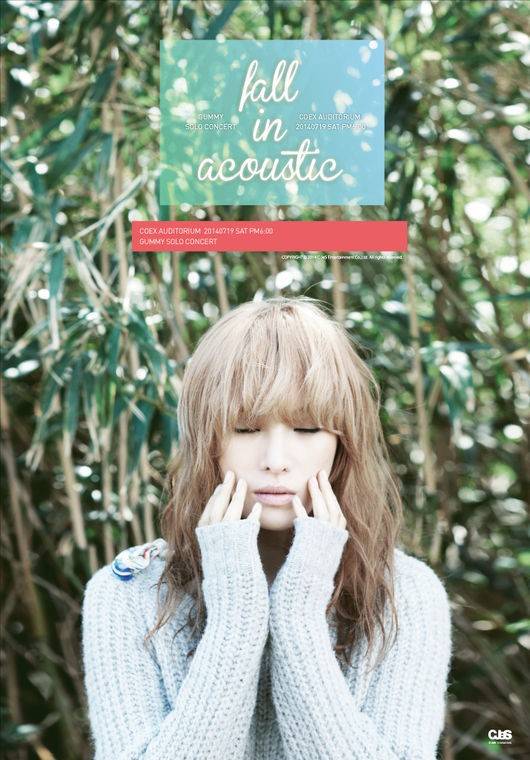 Scroll for more
Tap
In Respect For The Victims Of The Sewol Ferry Accident g.o.d Will Not Promote “Ugly Duckling”
Secret’s Hyoseong Wants A “Good-Night Kiss” In MV Teaser
Scroll
Loading Comments...