Kiwi Media’s female idol group GWSN prepares for their second mini album ‘The Park In The Night Part 2’. Part 1 was released last year in September as their debut album, you can read more here! 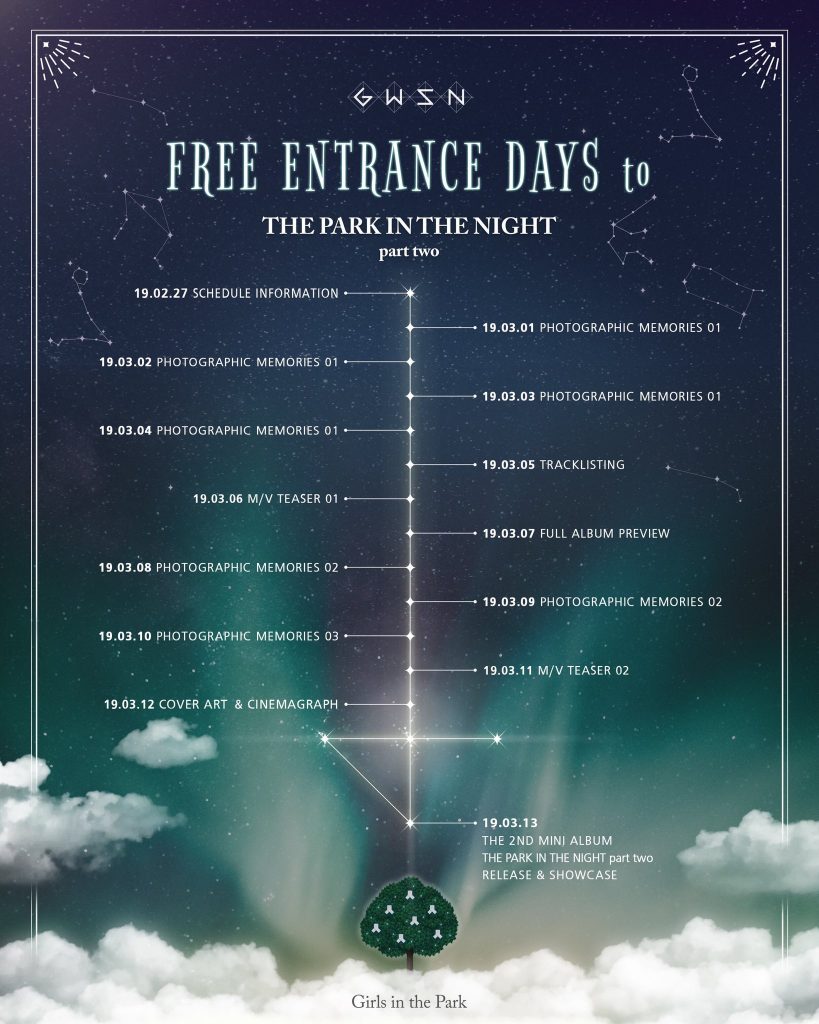 They have continued to follow schedule and released so many more teasers on their official Twitter page including photo teasers, details, album track list and even an album preview! The girls of GWSN look absolutely stunning in all the released footage and images, looking dreamy and ethereal. The album is set to release on the 13th of this month! 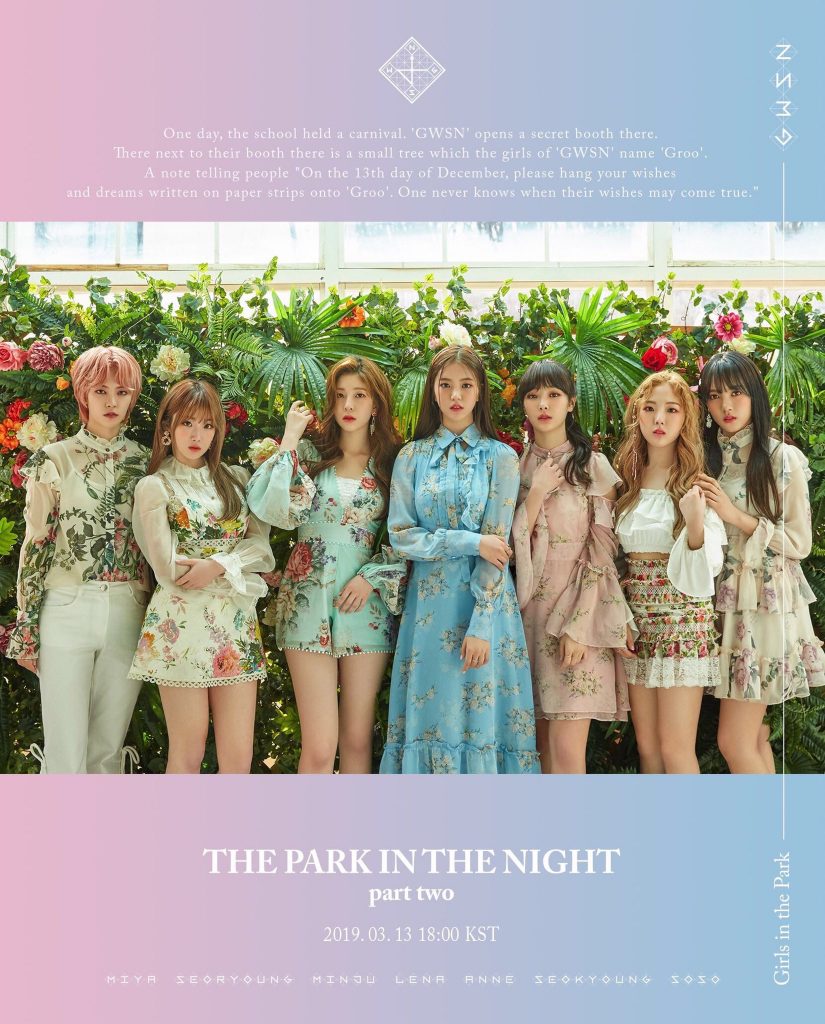 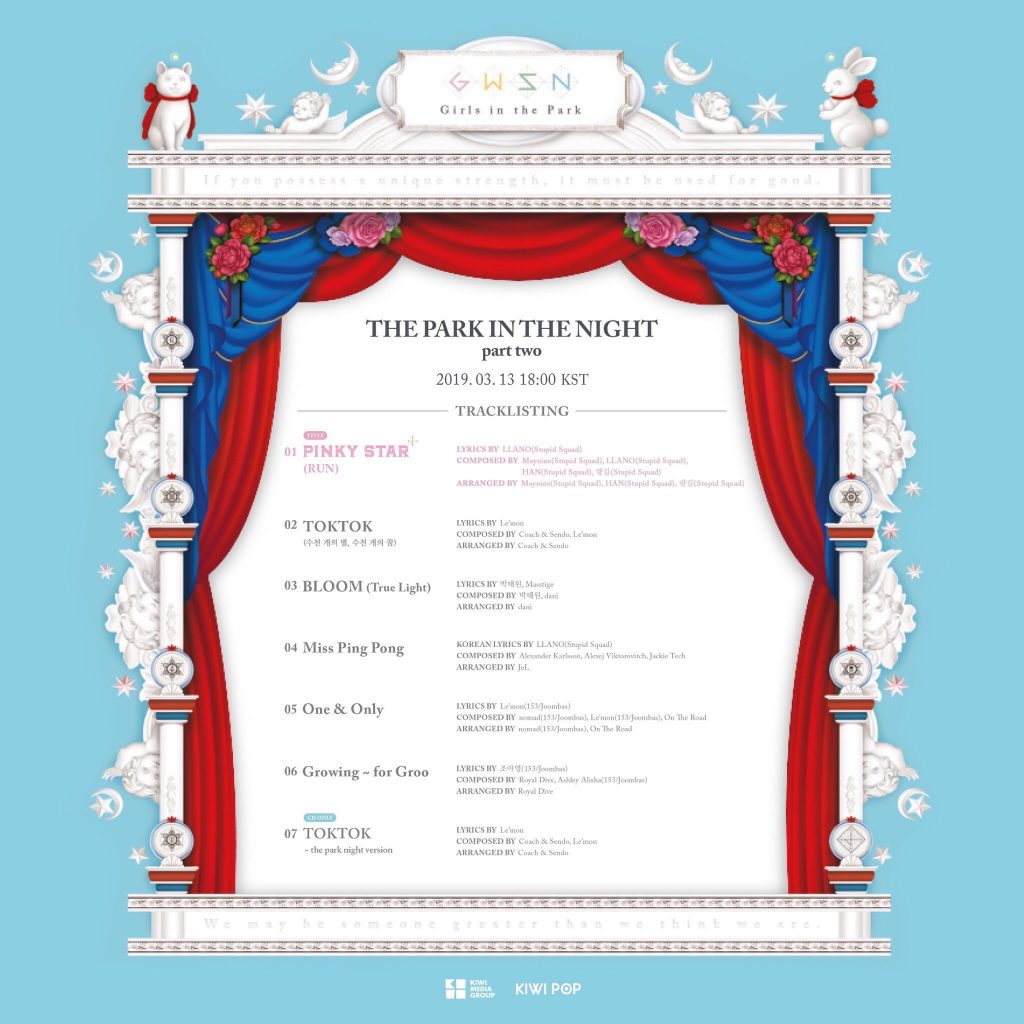 What do you think of all the teasers and album preview? Are you looking forward to their second mini album? Let us know in the comments below!