GWSN reveals the tracklist for ‘The Park In The Night’

GWSN reveals the tracklist for ‘The Park In The Night’

GWSN has revealed the tracklist for their upcoming debut album. So, check it out below! 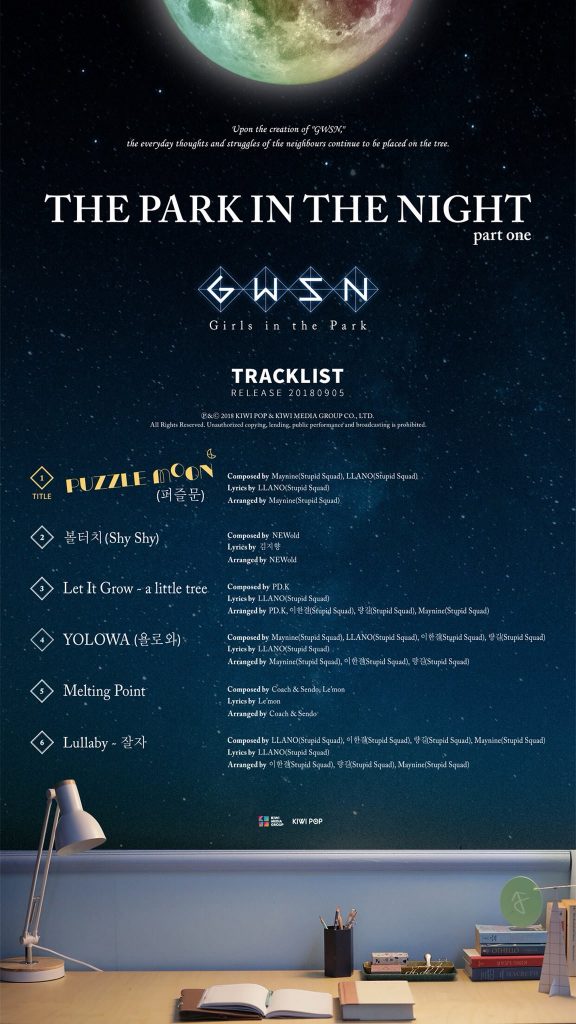 There is a total of six tracks including the title track, ‘Puzzle Moon’, ‘Shy Shy’, ‘Let It Grow – a Little Tree’, ‘YOLOWA’, ‘Melting Point’ and ‘Lullaby’. It can also be noted that the producer team Stupid Squad have produced most of their tracks. This indicates that they are trying to have a cohesive signature sound that works best for them. It will be interesting to see the kind of tracks that will release.

They have also revealed the album packaging details. It will come with a CD, a random card, a puzzle card, a wish message, a secret tarot card and a booklet. To those who pre-order, it will come with a poster and a photo stand. Will you be getting the album?

Meanwhile, they will make their debut on September 5th. Are you excited? Let us know in the comments below!