On February 21st, Ha Sungwoon released the track list for his first mini album ‘My Moment‘. Check it out below! 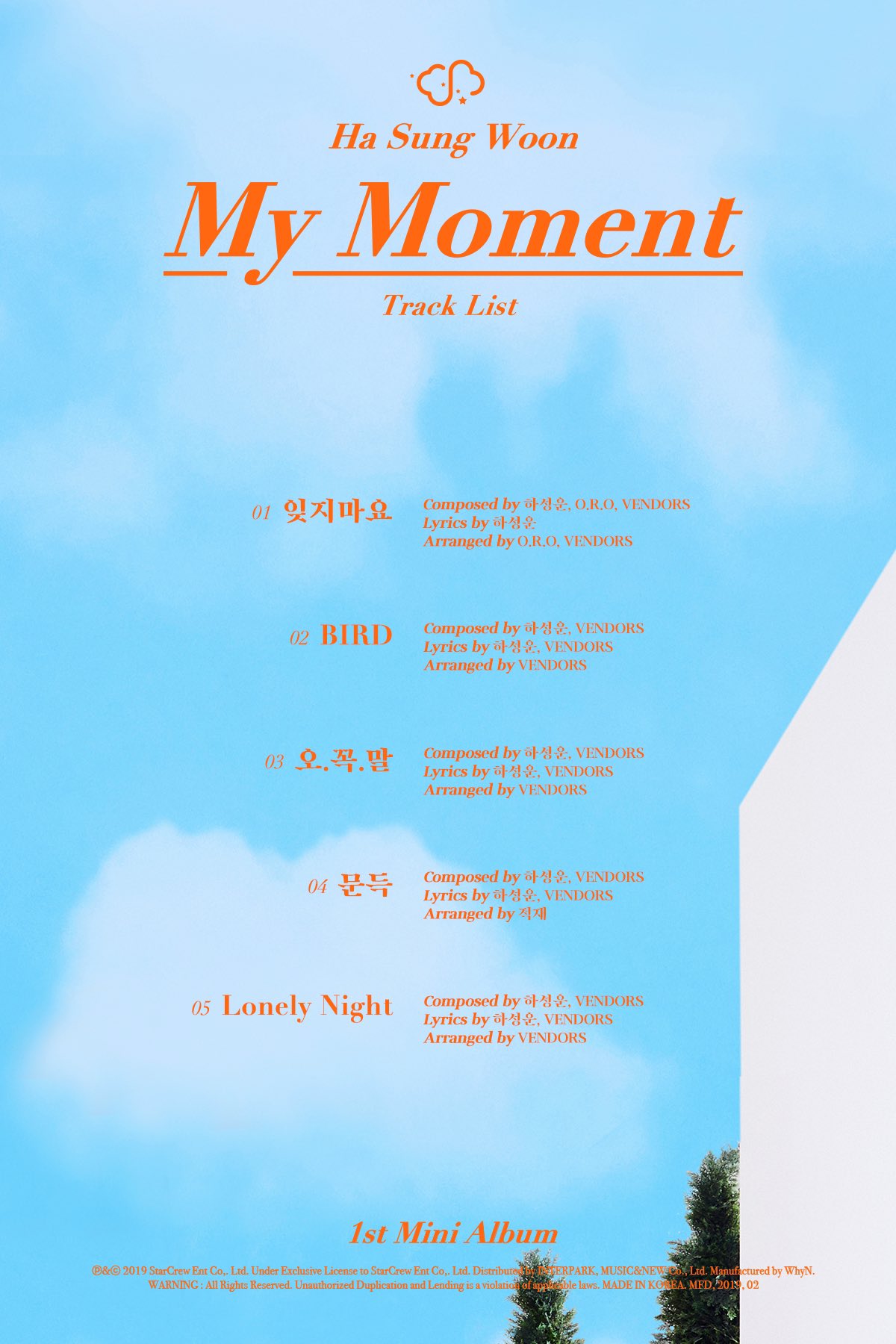 It is no surprise that Sungwoon composed every song on his mini album. Even when he was in Wanna One, he composed songs for them, including the track ‘Flowerbomb‘ on their last album ‘1¹¹=1 (Power of Destiny)‘. The title track of ‘My Moment‘ is ‘Bird‘.

Ha Sungwoon has been extremely busy since Wanna One has disbanded. He will make his solo debut on February 28th with his first mini album ‘My Moment‘. There are two versions: ‘Daily‘ and ‘Dream‘.

Sungwoon will travel around Asia for his first fanmeeting tour to support this release. Since Wanna One disbanded, he released a pre-debut track ‘Don’t Forget‘ with his former group mate Park Jihoon. Fans were delighted to discover that the Wanna One members were still collaborating. Sungwoon is going to return to his original group Hotshot and participate in their next comeback. Stay tuned!

What do you think about Sungwoon‘s track list for ‘My Moment‘? Let us know in the comments below.

Scroll for more
Tap
GOT7’s subunit JUS2 release individual image teasers for ‘FOCUS’!
100% will be having a comeback on the 14th of March!
Scroll
Loading Comments...