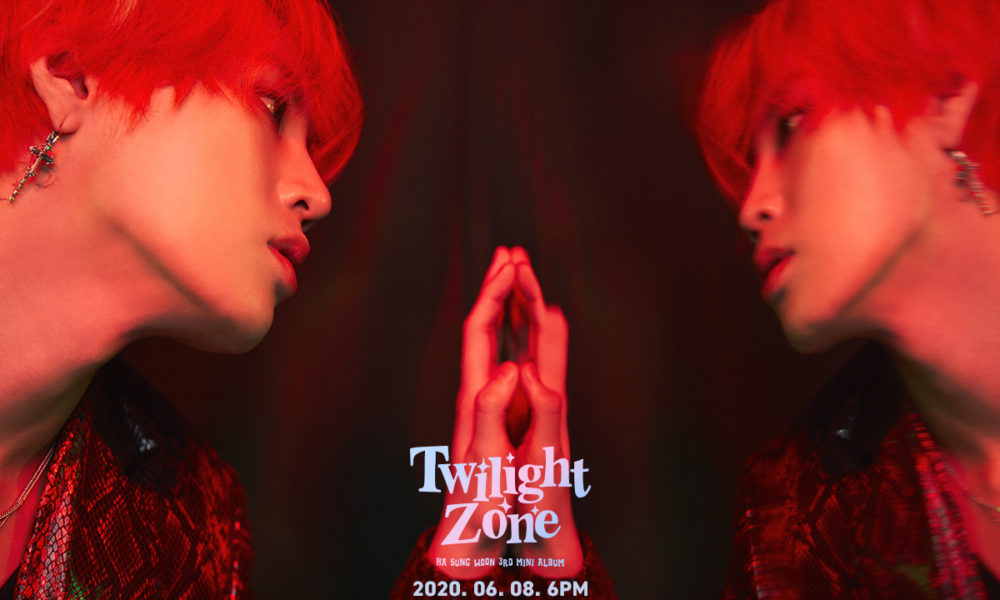 Check out his photo teasers below!

The photo teasers feature very vibrant colours like red, orange, pink and blue, matching Sungwoon‘s brightly-coloured hair. Sungwoon seems to be shining and glowing in the second image. These teasers go well with the space and galaxy concept this comeback has.

What do you think about Sungwoon‘s photo teasers for ‘Twilight Zone‘? Let us know in the comments below.