Actress Han Hye Jin takes part in a love story in the upcoming film, “When A Man Loves” (Not to be confused with the drama). 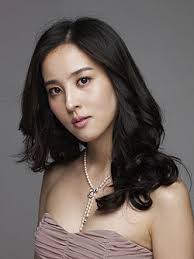 Her agency Namoo Actors has stated that, “Han Hye Jin received the casting offer for the film, ‘When A Man Loves’ and her featuring has recently been confirmed.”

Han Hye Jin will play Ho Jung, the love interest of gangster Tae Il. The movie portrays the story of a man’s first love and the story that unfolds.