Officially Kmusic would like to extend our well wishes to 2PM on their 8th year anniversary! 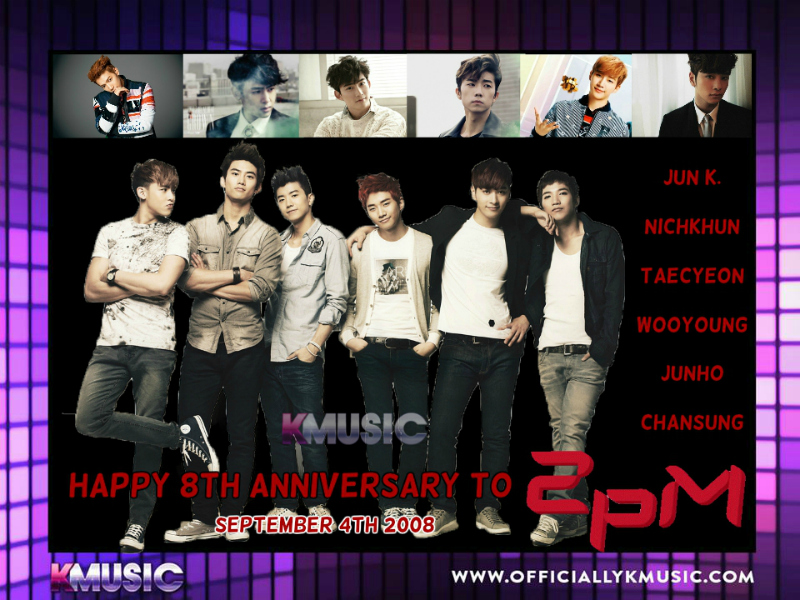 2PM is a six member group under JYP Entertainment which  consists of Jun K, Nichkhun, Wooyoung, Taecyeon, Chansung, and Junho. They debuted on September 4th, 2008 with their song 1o Points out of 10 Points. 2PM is one of the subgroups of an eleven member group called One Day with the other being 2AM. 2PM is said to have a comeback later this month!

Stay tuned with Officially KMusic because we bring you all the latest news in Korean Entertainment!