Officially KMusic would like to wish BoA a very happy 16th anniversary! 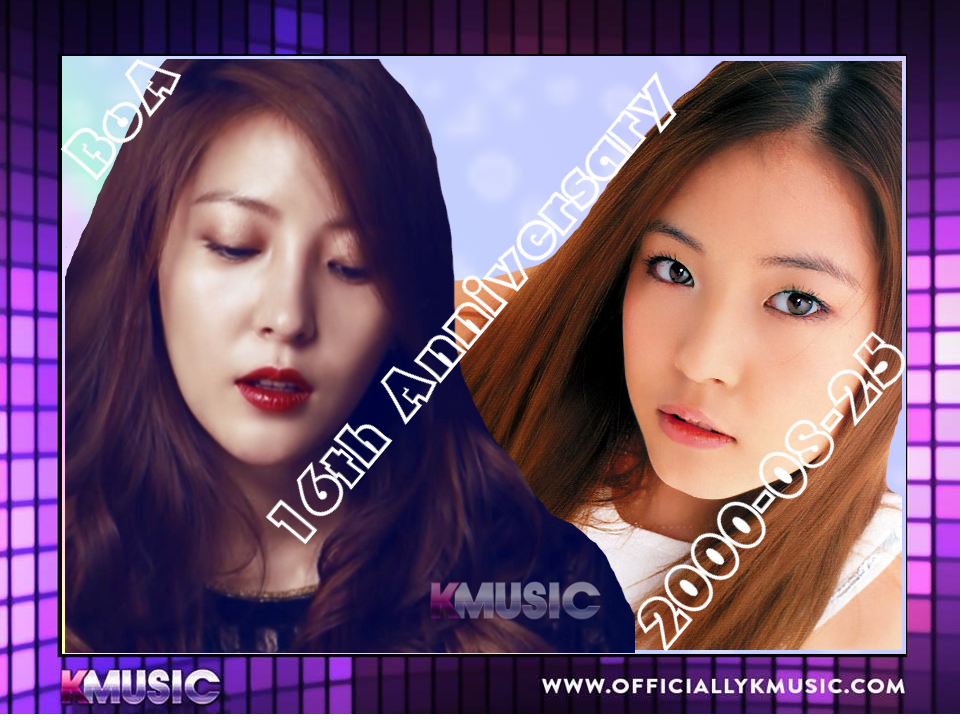 The “Queen of KPop,” Kwon Boa (Korean: 권보아, Chinese: 權珤雅, Japanese: クォン·ボア) has done so much in her 16 years an an idol, breaking records and barriers like none of the others.

With her language skills in Korean, Japanese, English and Mandarin Chinese, she has recorded songs in all of them.

She started her carrier when she went with her brother to auditions.

She has said before in many interviews that her parents had opposed her being an idol, but her brother helped them to change their minds.

She started training at age 11, which included voice and language lessons in Japanese and English.

After the 9-11 attacks in the United States, she recorded the charity single “The Meaning of Peace” with Kumi Koda as part of Avex’s charity event for the US.

She has done a lot of work with her Japanese Avex label-mate, Hamasaki Ayumi (浜崎 あゆみ)

She has done a lot of acting as well as voice acting. She did the voice dub in Korean and Japanese for Heather the O’ Possum in Over the Hedge.

She has also done many ads in Japanese, Korean and English.

She is so popular she is even in an Oxford University Press-published English-language textbook about South Korean Pop Culture.