Officially Kmusic would like to wish CLC (씨엘씨) a very happy anniversary! 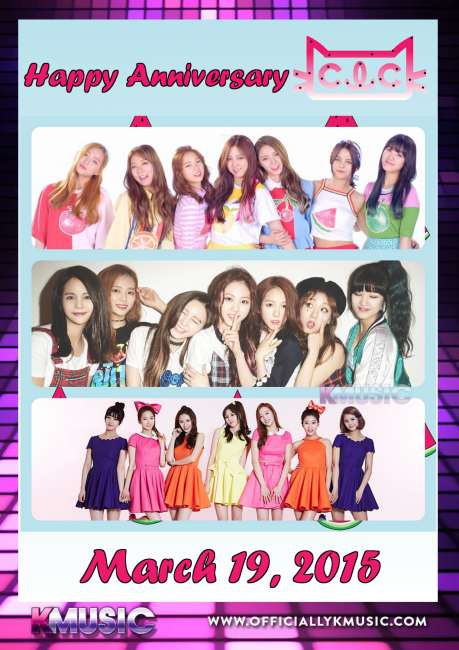 She is also the main dancer and lead vocalist.

She was born on November 6, 1996 and is from Seongnam, Gyeonggi, South Korea.

She is the main vocalist.

Her nickname is “Little Hani.”

She was the leader of the group.

She is visual, lead dancer and vocalist.

She can speak Japanese.

She was born on November 18, 1996 and is from Bangkok, Kingdom of Thailand.

She is friends with GOT7’s Bambam and BLACKPINK’s Lisa; they all went to Korean Kent Foreign School.

She can speak Thai, Korean, English and Chinese.

She was born on August 10, 1998 and is from Dongducheon, Gyeonggi, South Korea.

She is the main rapper and vocalist.

(They were all in BTOB’s “Beep Beep” and G.NA’s “Pretty Lingerie.”

She was born on November 2, 1998 and is from Hong Kong Special Administrative Region of the People’s Republic of China.

She can speak English and Mandarin, and Cantonese.

She is the maknae, lead rapper, vocalist, visual and face of the group.

She was in the first season of Produce 101.

She and Elkie have only been part of the group since February 2016, however she couldn’t join the promotions for “High Heels,” due to her contract with Mnet.