Officially Kmusic would like to wish Super Junior’s Kyunhyun a happy 2nd anniversary! 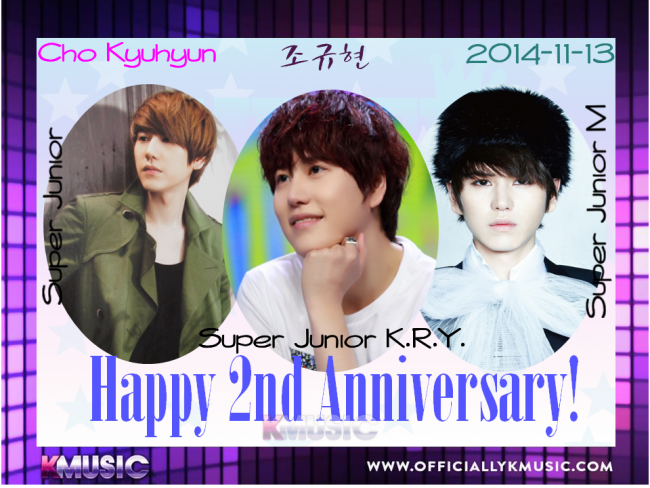 Before becoming an artist, he originally wanted to be a lawyer, but changed his mind once he joined a band while still in school.

In 2013 he received his BA in Post Modern Music from Kyunghee University and is currently enrolled in their master’s degree program.

That same year he was in The Three Musketeers with Yoo Jun Sang, Im Ki Jun, Kim Mu Yul and Dana Hong.

He was in a production of Singin’ in the Rain with Girls’ Generation member, Sunny in 2014.

On November 13, 2014 he released his first solo At Gwanghwamun.

Here you can find his track list for his current solo activities and below you can watch teaser video for his upcoming video Still  and view Blah Blah here.

Happy Anniversary, Kyunhyun from all of us at Officially Kmusic!