Officially KMusic would like to wish LABOUM a very happy 2nd anniversary! 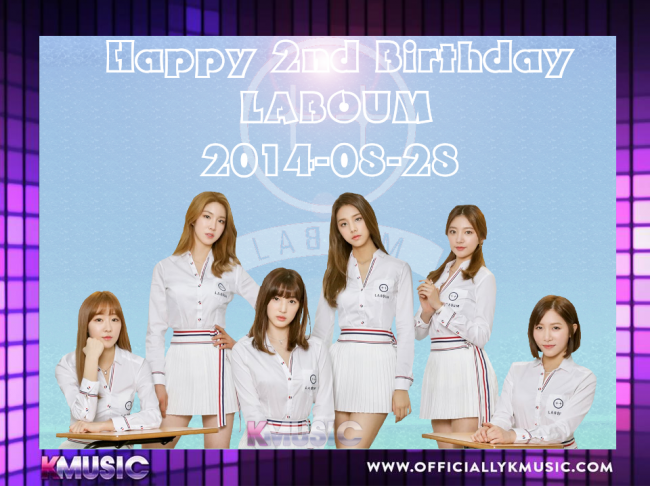 Laboum (Korean: 라붐; French meaning “the party”) from NH Media and Nega Network as part of Global H Media; they are the sister group to U-KISS and Brown Eyed Girls.

Solbin was in Her Secret Weapon.

November 26, 2015 came out with “Aalow Aalow” to the group’s official YouTube channel.

In April 2016, Laboum released the music video for “Journey to Atlantis”.

In preparation for their anniversary, the came out with “Shooting Love” for their EP Love Sign .