Officially Kmusic would like to with MaTilDa a very happy anniversary! 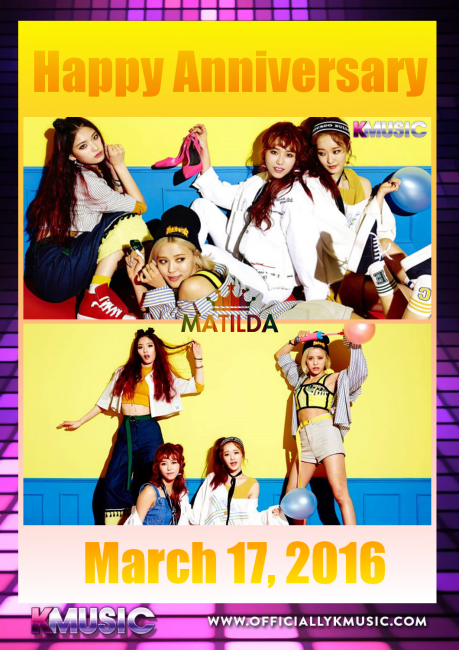 She is from Inchon, South Korea and is a former member of KISS & CRY.

She is the main rapper.

She is the maknae and sub-vocalist.

Scroll for more
Tap
BTOB Are The Big Stars of Their Own ‘Movie’ With Their First Win!
Birthdays For March 17th, 2017!
Scroll
Loading Comments...