Officially Kmusic would like to wish Nicole Jung a happy 2nd anniversary! 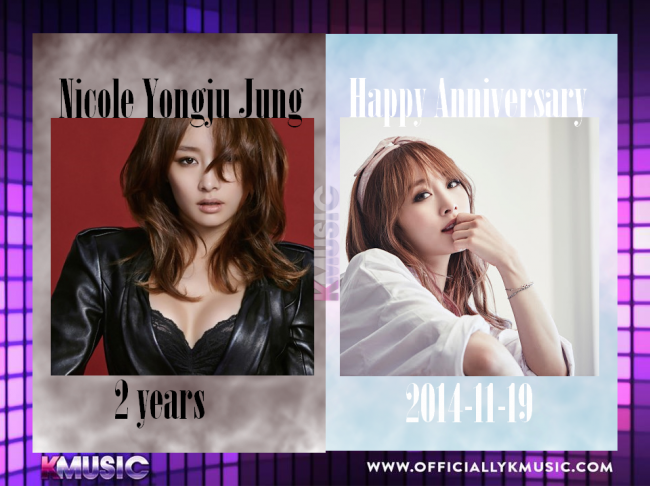 She auditioned for DSP Media with a song by the Black Eyed Peas.

She is now with B2M Entertainment.

Her first solo mini album was First Romance which was released on November 19, 2014.

She made her first Japanese debut in April 2015.

She was part of Dazzling Red an idol project with After School’s Nana, 4Minute’s Hyuna, Secret’s Hyoseong, and SISTAR’s Hyorin in December 2012.