Officially Kmusic would like to wish SHINee a very happy 9th debut anniversary! 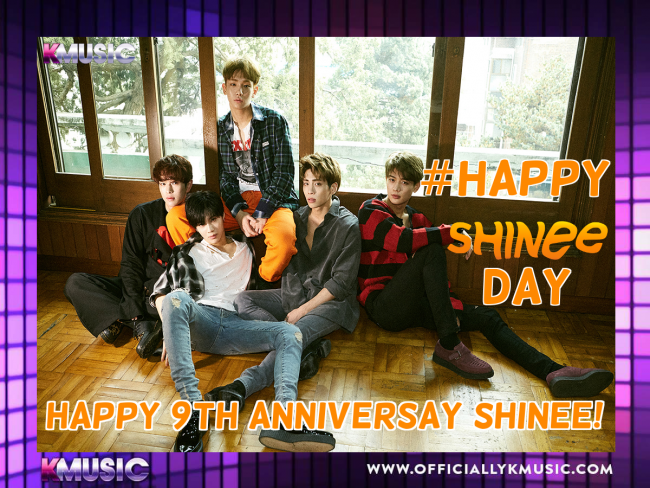 He is known as the “The Chicken Prince.”

He’s had several small rolls in dramas including “Descendants of the Sun.”

Despite being the leader he is very shy around people; but he is still a very good leader and takes very good care of his members, including their maknae Taemin.

He likes playing the piano.

He is a solo artist having completed his second album earlier this year.

He is now the shortest member of the group. (It use to be Taemin; however he grew up.)

He can play the guitar, base and piano.

He loves the camera and often flirts with it.

He speaks Japanese and English, but he better with Japanese.

He has been in several dramas; his most recent was “Hwarang” with he co-starred with BTS’s V (to which it was his first drama. The other BTS members are jealous of him being close with Minho, but they welcomed him into their “family.”)

He likes playing soccer and basketball (and usually competes in ISAC in basketball.)

When they were first starting out the other members would walk him to and from school to keep him from being bullied.

He is a solo artist as well as a dancer.

He did a special stage with BTS’s Jimin for a special at the end of 2016.

He is close to EXO’s Kai.