Officially Kmusic would like to wish Seungri of BIGBANG a very happy 26th birthday! 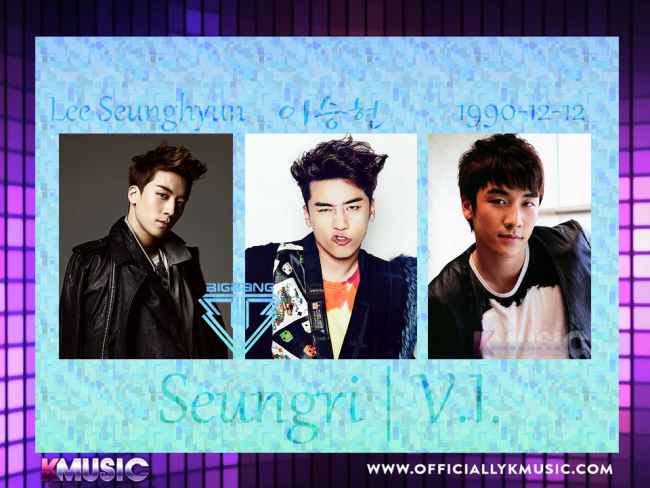 He is the maknae of BIGBANG.

His stage name in Japan is V.I.

His stage name in both Japanese and Korean means “victory.”

For the first 6 months that BIGBANG trained together, he and G-Dragon did not get along; but now they are best friends.

He and T.O.P. co-starred in 19nineteen together.

He is currently enrolled at Gukje Digital University.

He started two branches of a music and dance academy, Plug In Music Academy and some of the students that have attended the academy are former 2NE1 member Minzy, former Kara member Goo Hara, B.A.P.’s Zelo, and TVXQ’s Yunho; the academy is located in Gwangju, Daejeon, Mokpo, and Seoul.

BIGBANG is set to drop the full album for MADE on his birthday with LAST DANCE and FXXK IT.