Officially Kmusic would like to wish BIGBANG’s Taeyang a very happy birthday! 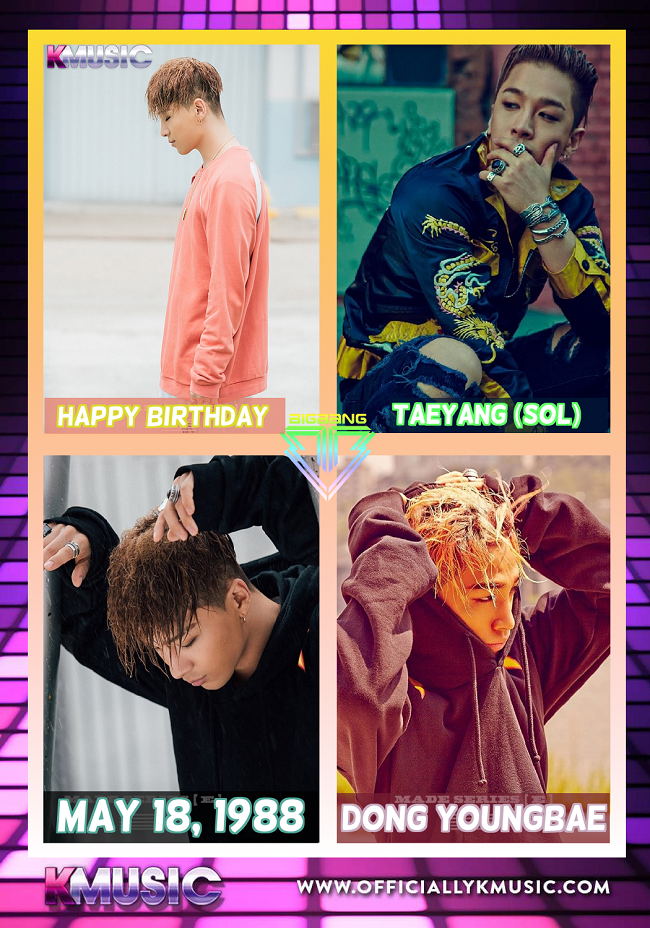 He is the second oldest member of BIGBANG.

He is part of the duo GDXTAEYANG (also known as GDXYB) with fellow member G-Dragon.

He is a Christian and has a tattoo of the cross on his right side; as well as angel wings; both are often seen, even when he is wearing a shirt.

He can speak fluent English; he just prefers to speak Korean.

He and G-Dragon are the only members of BIGBANG to not be actors.