Officially Kmusic would like to wish BoA a very happy 30th birthday! 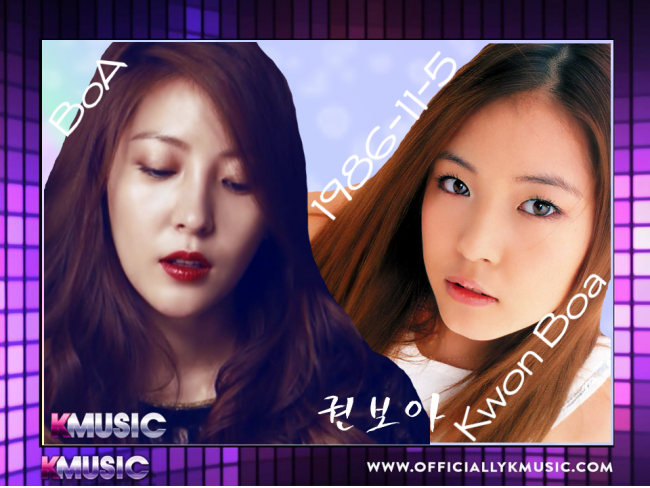 She is also known as the “Queen of KPop.”

2 years after her debut in 2000, she released her Japanese album, ‘Listen to My Heart’, and she became the first KPop star to break through in Japan following the restricted import/export since the end of WWII.

She can speak Japanese, English and Korean and has recorded some of her songs in Mandarin Chinese.

She is the only foreign artist to have 3 albums to sell more than 1 million copies in Japan and the second to have 6 #1 singles on the Oricon charts.

She continues to grow in both Korea and Japan and has had one of the longest Kpop carriers, going into her 16th  year this year.

Congratulations to BoA for her success and also happy 30th birthday!