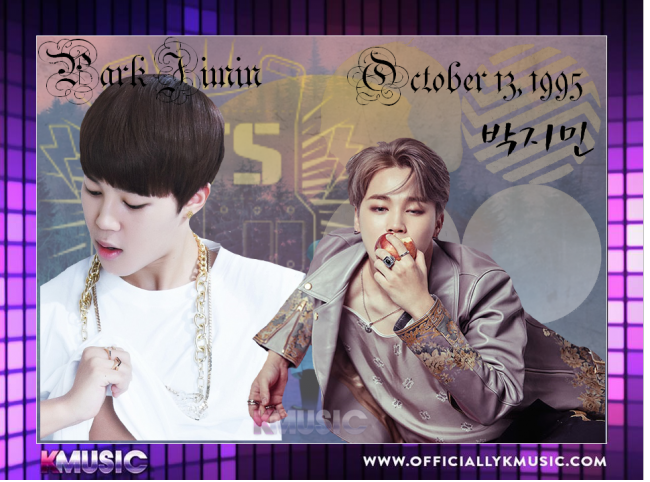 He is Bangtan Boys (BTS) lead vocalist and lead dancer.

He is concerted part of the maknae line.

He studied music, modern dance and performance at Busan High School of Arts, where he learned the pop and lock dance style.

He is known for his dance performance, more recently in a PUMA “Bog Sock” (Korea) commercial where he performed his own choreography dance routine to Bangtan Boys’ song, “Butterfly,” off of their “Most Beautiful Moment in Life,” series.

He is also known for his high notes and has jokingly said he can break glass.

He trained for over a year at BigHit Entertainment before joining Bangtan Boys in 2013.

He admires all of his “hyungs,” for different reasons. He stated in their 3rd year anniversary special, that he loves Jin’s cooking, is amazed by J-Hope’s dancing ability, envious of Suga’s ability to write songs, and admires Rap Monster’s leadership skills.

He often hangs out with his fellow “95 liner,” V, or BTS’s maknae, Jungkook, usually causing mischief.

He posts the most on BTS’s joint Twitter account, usually pictures of himself or of the other members.

His role model is Taeyang of BIGBANG and he wants to be able to perform like him someday.

He misses his family when he is away, but said he also misses Bangtan when he is visiting family.

He hopes that BTS will live together in the dorm (or maybe a small house) for a long time.