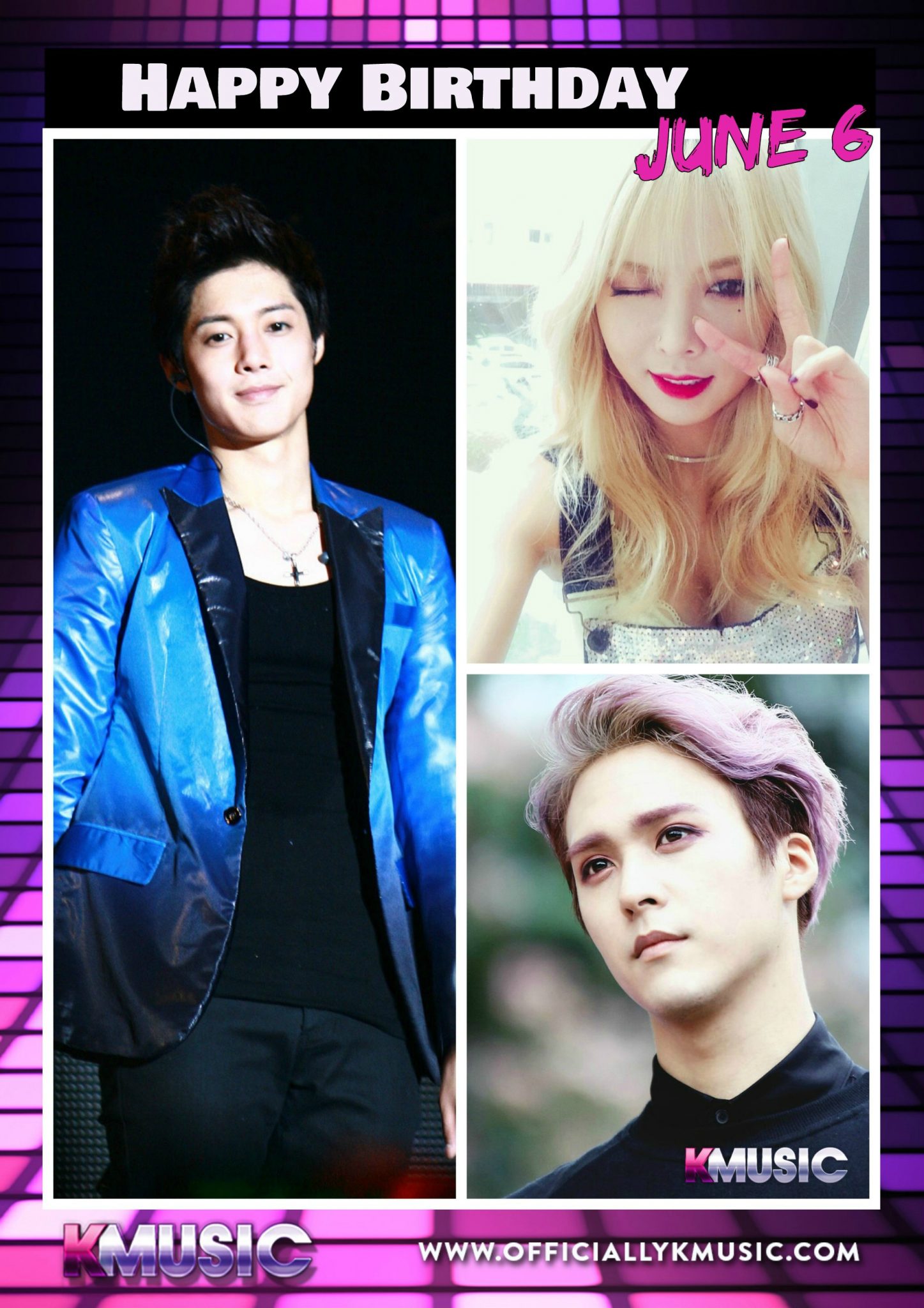 Kim Hyun Joong  was born on June 6, 1986 in Seoul, South Korea. He is the leader and main rapper of SS501 and has also released songs as a solo artist. He is well known as an actor too.

Kim Hyuna was born on June 6, 1992 in Seoul, South Korea. She is 4Minute’s main rapper and vocalist. She’s  also known as a solo artist, as well as one-half of the duo Trouble Maker.

Son Dongwoon was born on June 6, 1991 in Busan, South Korea. He is BEAST’s vocalist and also the youngest member.