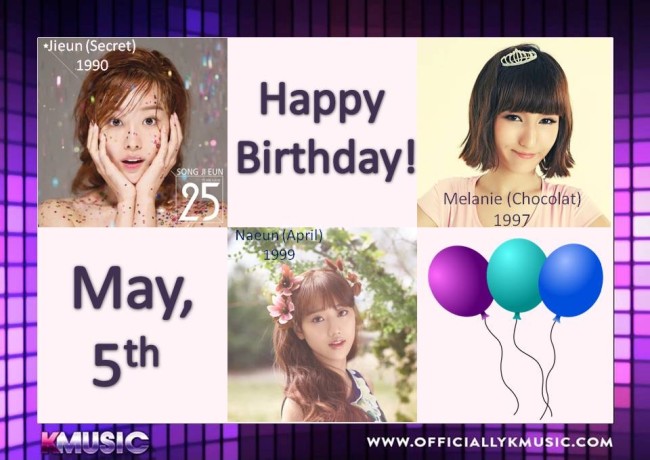 Officially KMusic would like to wish Jieun of Secret, Naeun of April and Melanie of Chocolat a very happy birthday!

Naeun who was born on May 5th, 1999 is a member of April, a rookie group from DSP Media. Naeun was a former trainee of JYP Entertainment, and was only a part of DSP Media for four months before her debut.

Jieun is the main vocalist of Secret. Jieun was originally suppose to debut in a four member girl group under JYP Entertainment, along with Sistar’s Hyorin, EXID’s Hani, and BESTie’s Uji.

Melanie Aurora Lee is the maknae, vocalist, and dancer of Chocolat. Melanie along with three of her group mates are half Korean.

Stay tuned with Officially KMusic because we bring you all the latest news from Korean Entertainment.