Happy Birthday to Key of SHINee!

Happy Birthday to Key of SHINee!

Officially KMusic would like to wish name of Key of SHINee a very happy 25th birthday! 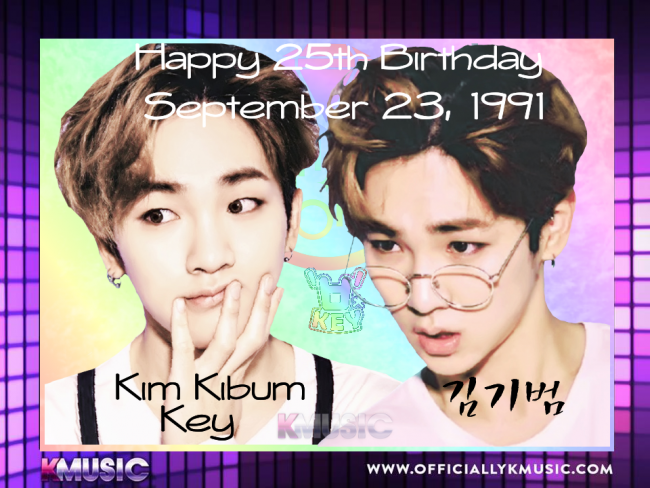 His pre-SHINee debut was in Super Junior’s Attack on the Pin-up Boys music video in 2007.

He debuted with fellow SHINee members in 2008.

In 2014 with Infinite’s Woohyun, they formed Toheart.

He was also the musical, Zorro, along with, Wheesung and Beast’s Yoseob.

He has done some songwriting for SHINee’s on their Year of One album.