Officially KMusic would like to wish MONSTA X‘s Minhyuk a very happy birthday! 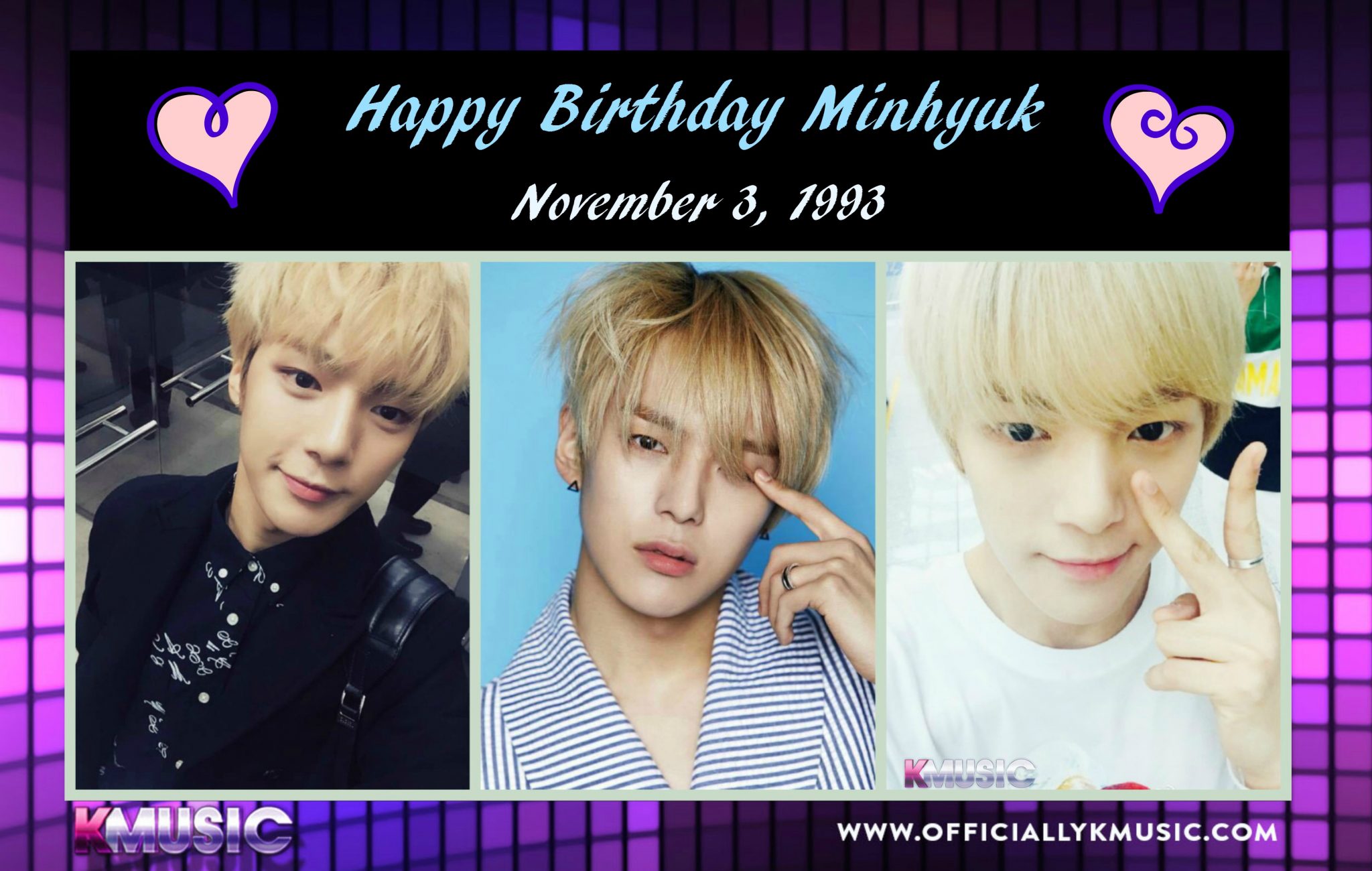 – He was born in Gwangju, South Korea.
– He likes cola, sweet potato and pizza.
– He’s the mood-maker of the group, lightening up the atmosphere with his jokes and funny personality.
– He’s most confident in his lips.
– He starred in “High-end Crush” (2015)
– He would like to learn acoustic guitar, because he thinks it would go well with his husky voice.
– Minhyuk’s ideal type: “A chubby girl. It’ll be nice if it’s someone who’s the opposite of me. ”