Officially KMusic would like to wish Rap Monster of Bangtan Boys a very happy 22nd birthday! 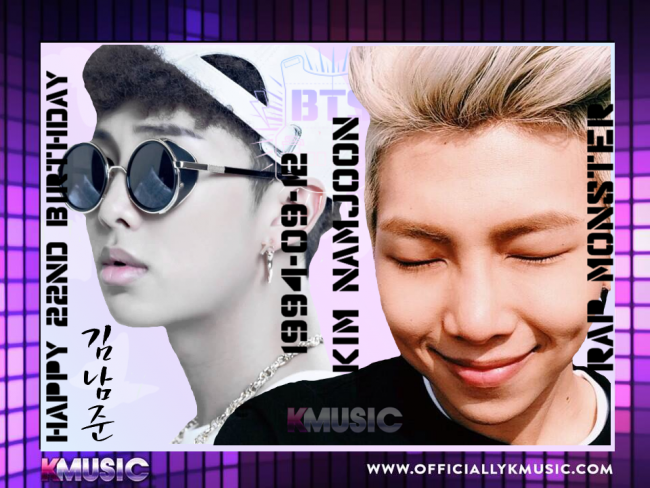 He started out as an underground rapper with Zico of Block B, going by the name, “Runch Randa.”

He studied abroad when he was younger in New Zealand, where he learned how to speak and read fluent English.

He and fellow bandmates J-Hope and Suga trained together at BigHit for 3 years before joining Bangtan Boys. He was the first member of the group and was named leader, even though he isn’t the oldest member.

He scored high on the Korea College exams.

He is one of Bangtan’s songwriters and producers.

The CEO of BigHit is the one who gave him the stage name, “Rap Monster,” for his ability to rap and his known klutziness.

In March of 2015, he was the first of Bangtan’s rap line to come out with his mixtape, RM.