Officially Kmusic would like to wish Secret’s Jieun a very happy birthday! 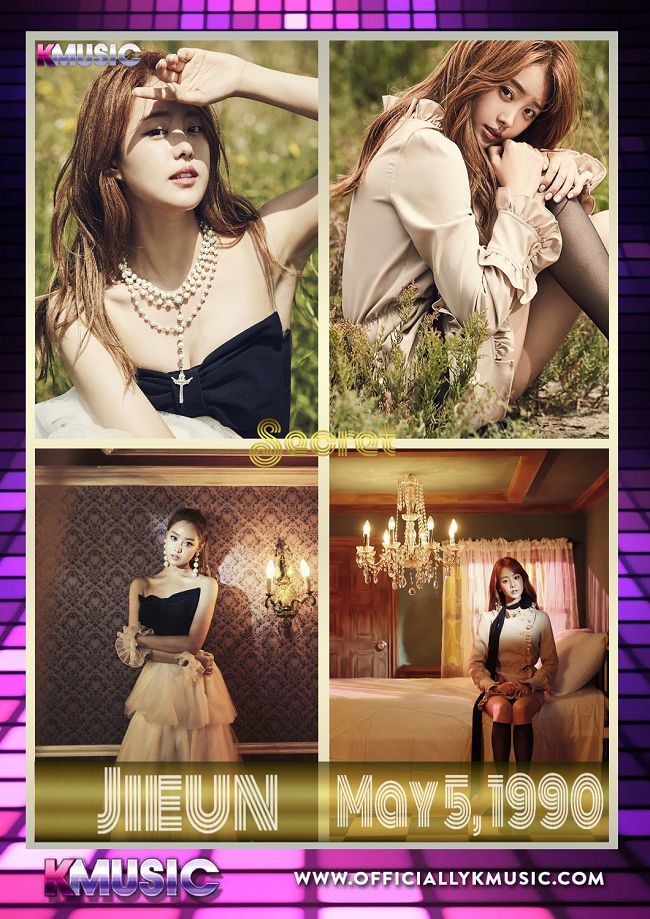 Things to know about Jieun:

She was supposed to debut with SISTAR’s Hyorin and  BESTie’s U-Ji under JYPE, but it didn’t pan out.

She has done several OSTs for dramas such as, “Learning To Fly” for Air City, “Bichunmooga” for Bichunmoo and “Perfume.”

In April of 2011 she threw out the opening pitch for the 30th Korean Baseball Origination with Hyoseong.

She released her first single “HOPE TORTURE” in 2013.

In 2016 she made a solo comeback with Bobby Doll.