Officially Kmusic would like to wish Kim Boa of SPICA a very happy 30th birthday! 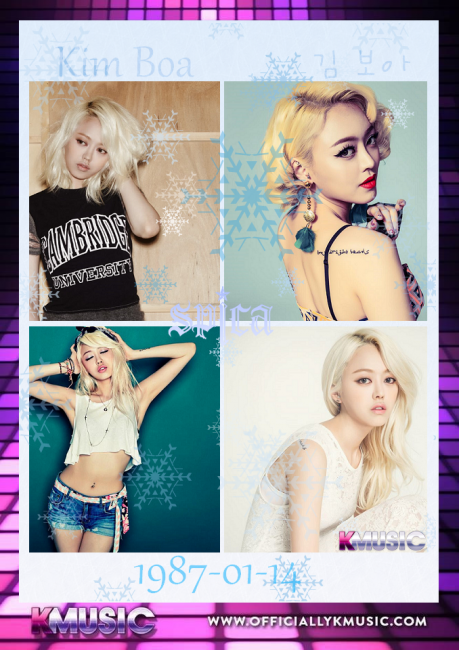 Position in the Group: Main vocalist and leader

Things to know about Boa: She was the vocal trainer for Infinite, Kera and Rainbow.

She likes to bake potatoes and rolling around.

Her nickname is A Fool.