Officially KMusic would like to wish EXO‘s Suho and APRIL‘s Yena a very happy birthday! 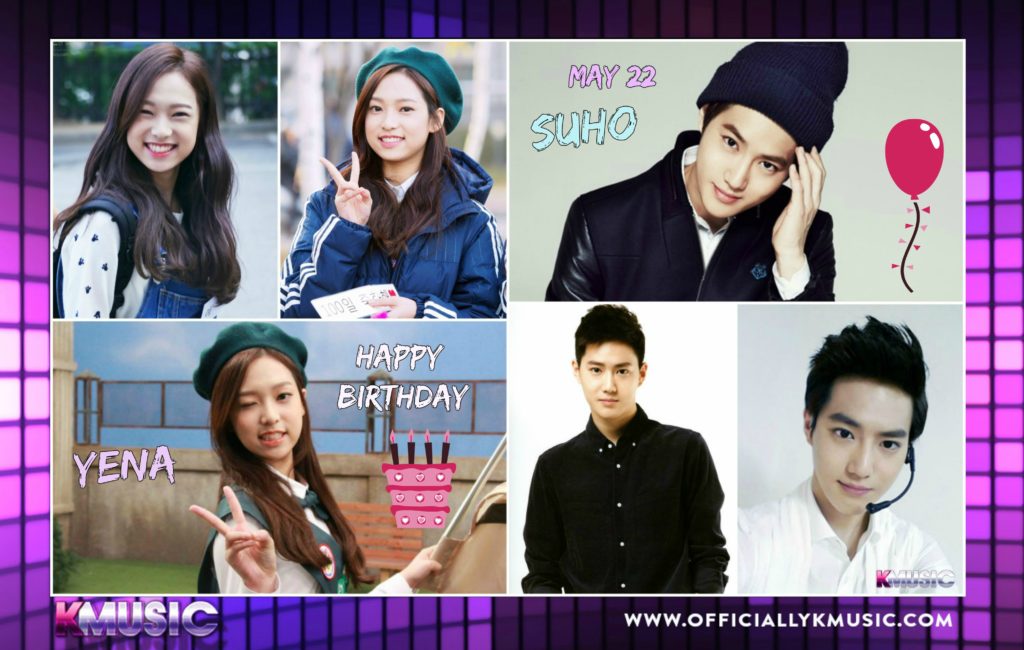 Suho was born on May 22, 1991 in Seoul,South Korea. He joined S.M. Entertainment‘s Casting System in 2006 when he was 16 years old, after he was discovered on the streets by a S.M. casting manager. He is now the leader and lead vocalist of EXO.

Yena was born on May 22, 2000 in Bundang, South Korea. She graduated from NY Dance School and she trained for 8 months before debuting as an APRIL member. She is the group’s vocalist and lead dancer.