Officially Kmusic would like to wish BOYS REPUBLIC a very happy debut anniversary! 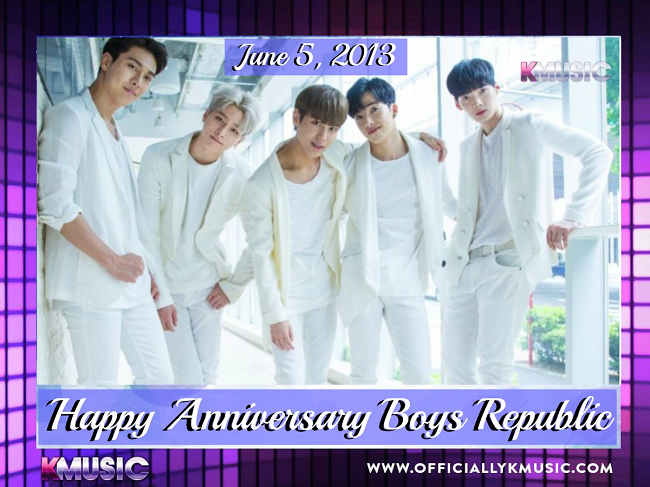 Sunwoo is a former member of the group TOUCH under JYPE. He is also a former trainee of Cube Entertainment.

Things to know about BOYS REPUBLIC:

Their fandom name is: ROYAL FAMILY.

Their debut song was: “Party Rock.”

They are former reps for Jeju Air (flight services between Jeju Island and Seoul) and they preformed the song “Orange Sky” with Jeju Air.

For their “Fantasy Trilogy” they dressed as their favorite superheroes to start off the promotions.

In 2014 they partook in the “Save the Children” project, a worldwide campaign that feeds; clothes and shelters children in third-world countries in the Middle East and Africa. Sunwoo shared an image of himself on his personal Instagram account knitting hats for the project.

Their most recent comeback was in Japan in Janurary 2017 for “Closer.”