Officially Kmusic would like to wish Z.Hera a very happy debut anniversary! 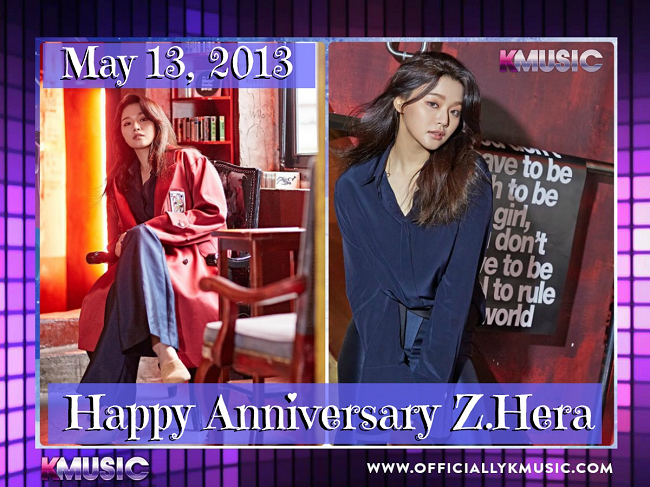 Things to know about Z.Hera:

She can speak 4 languages: Korean, Chinese, English and Japanese.

She have done a lot of acting, most known is her roles in Moon Lovers: Scarlet Heart Ryeo where she acts with EXO’s Baekhyun and Moorim School where is acts with VIXX’s Hongbin.

Written by, featured image and collage by: Admin Risa