Officially Kmusic would like to 2PM’s Wooyoung a very happy solo debut anniversary! 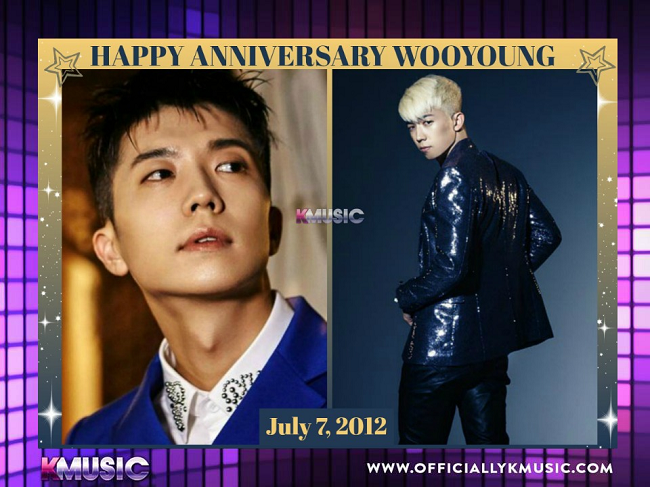 Things to know about Wooyoung:

He’s the main dancer and lead vocalist of 2PM.

He’s been on several dramas, including “Dream High” and “Human Casino.”

He was on “We Got Married” with actress Park Se Young.