Here’s A First Look At BIGBANG’s T.O.P And JYJ’s Junsu In The Military!

Here’s A First Look At BIGBANG’s T.O.P And JYJ’s Junsu In The Military!

For those BIGBANG fans and JYJ fans who have been going through some withdrawals since T.O.P and Junsu enlisted, you’re in luck! The first pictures of both idols have been released since their military enlistment on February 9th. On February 15th, the Nonsan Army Training Center in Chungnam released both celebrities’ batch photos. Both artists will be doing their basic military training for the next 4 weeks. T.O.P will then continue his enlistment with the Seoul Metropolitan Police Agency, while Junsu will go on with the South District Police Agency of the 348th Gyeonggi Province.

Check out the photos below! 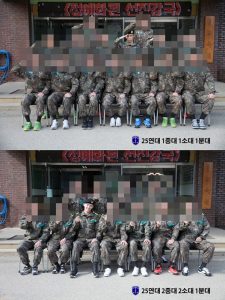 Written and edited by: Gigi E.