Herz Analog of Pastel Music will be holding his first solo concert. 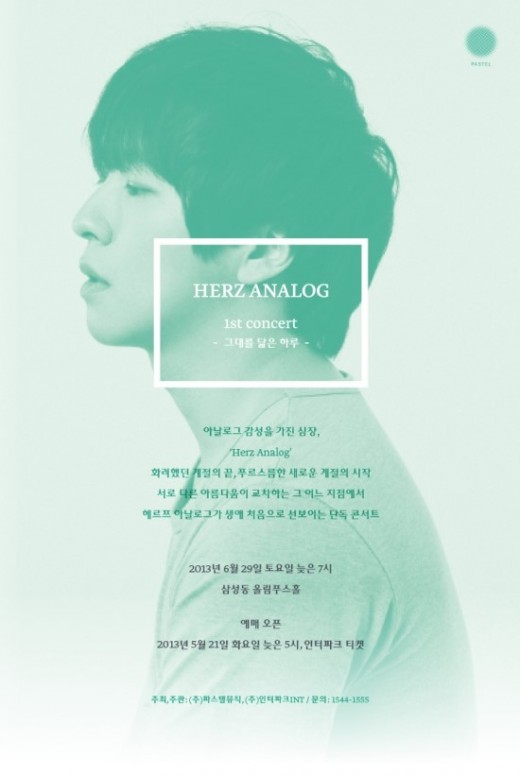 He debuted in 2008, and in 2010 signed with Pastel Music. He has been featured on several tracks of other artists such as Epitone Project, and Lucia. He finally released his first full solo album, titled, “Herz Analog.”

Booking for the concert is open today, starting at 5 p.m. by the website, Interpark. A link to Booking here.