SBS‘s hit drama “Wind Blows In Winter” worked together with fashion magazine High Cut on a vast and snowy mountain for a very important shoot.

After following main leads, Jo In Sung and Song Hye Kyo, High Cut managed to capture the beauty of the drama, the cast, and the landscape which proved to be the most difficult to grasp.

The scene took place at the Yong Pyong Ski Resort in Pyeongchang. Due to the difficult weather conditions, the cast and crew visited the location three times. On the third try, the weather was on the team’s side and provided beautiful scenery for everyone to enjoy.

Despite continuously dropping temperatures and razor sharp winds, the cast and crew managed to pull through each line and action, and eventually got an OK from the director.

The filming moved locations to a hospital scene, where Kim Bum and A Pink’s Jung Eun Ji joined the cast.

During their break time, Jo In Sung noticed that a female ajumma patient was watching a rerun of their drama. As he wanted to give the fan a nice present, Jo In Sung introduced himself as the man who popped out from the screen. His actions surprised the fan and made the crew burst into laughter.

The entire pictorial and summary of High Cut’s two nights and three days with the cast and crew of the drama can be found on issue 97.

Meanwhile, “Wind Blows In Winter” has taken the number one spot in ratings for Wednesday and Thursday nights for several weeks.

Check out some of the photos below. 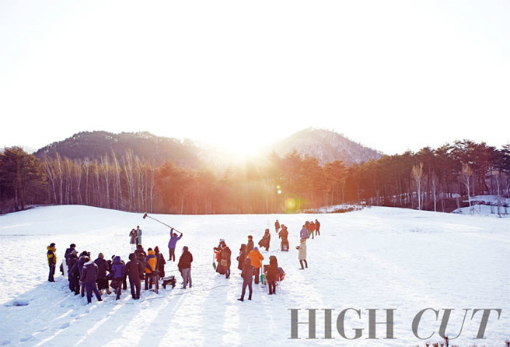 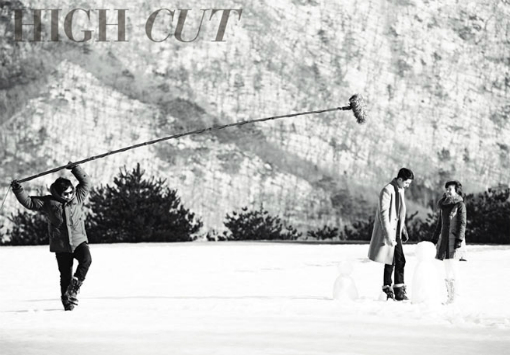 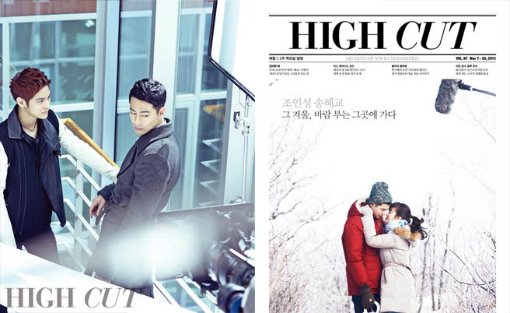 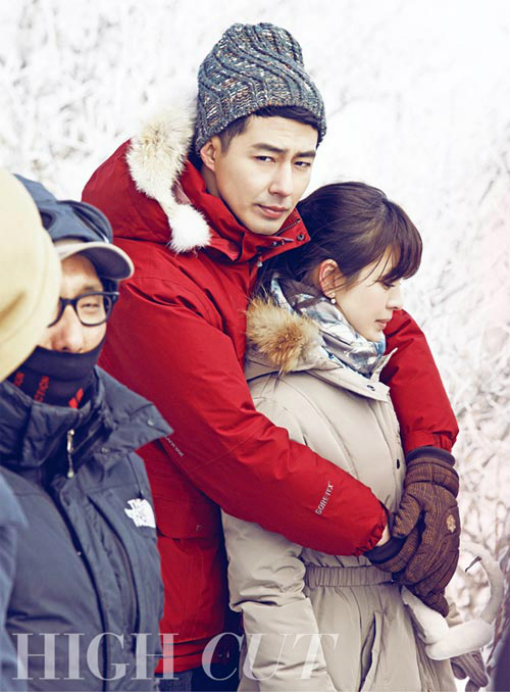