High4 have announced their comeback for this month! The boys will be back with their second mini album, ‘Blessed‘. They also revealed the track list for this album! Check it out below! 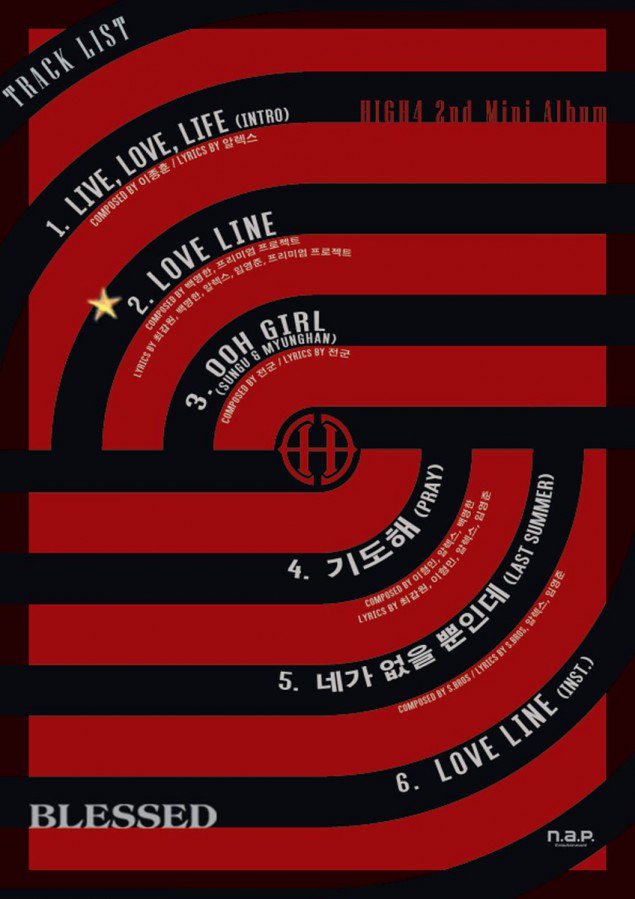 From the list, this album will have a total of five tracks including the introduction track, ‘Live, Love, Life‘, the title track, ‘Love Line‘, along with ‘Pray‘ and ‘Last Summer‘. This album will also have a sub-unit track called, ‘Ooh Girl‘, which will consist of Sungu and Myunghan.

This mini album will be released on the 27th of February so stay tuned to Officially Kmusic for more updates on their comeback! What type of concept do you want to see the boys do this time? Let us know in the comments below!

Officially Kmusic brings you all the latest news from K-Pop, so stay tuned!