Hong Seok, Yan An And Kino Are Enigmatic In Latest Pentagon Teasers

Hong Seok, Yan An And Kino Are Enigmatic In Latest Pentagon Teasers

Continuing the streak of individual teasers, Pentagon has released concept images and video snippets for three more members! Hong Seok, Kino and Yan An were the stars this time, with their captivating close-ups and snippets.

Statement rings, animal print shirts and dreamy looks are just some of the focal points in each of their photo teasers. Of the three, Hong Seok definitely draws the most attention with his charming gaze. Following each photo, the three video snippets are of moments during a much slower part of the song than we’ve seen before.

Check out the photos and their accompanying snippets below: 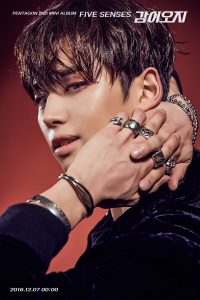 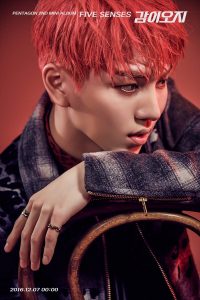 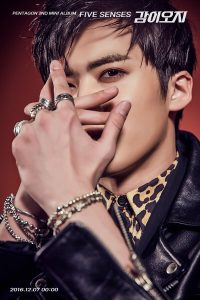 Pentagon is returning a little more than a month after debut with their 2nd mini album titled ‘Five Senses‘. The album contains 5 new tracks and will drop on December 7th. That means there are only three more days of teasers left!

If you missed the group or individual teasers, you can check them out here. And for a peek at their new album, you can find the preview here.

What did you think of Pentagon’s latest individual concept photos?

Stay with Officially KMusic as we bring you the latest news from the world of Korean entertainment!