Hotshot plan their comeback with release schedule for ‘Early Flowering’

Hotshot plan their comeback with release schedule for ‘Early Flowering’

On November 1st, Hotshot released their schedule for their upcoming comeback. They will make their comeback with second mini album ‘Early Flowering‘ on November 15th at 12pm KST. 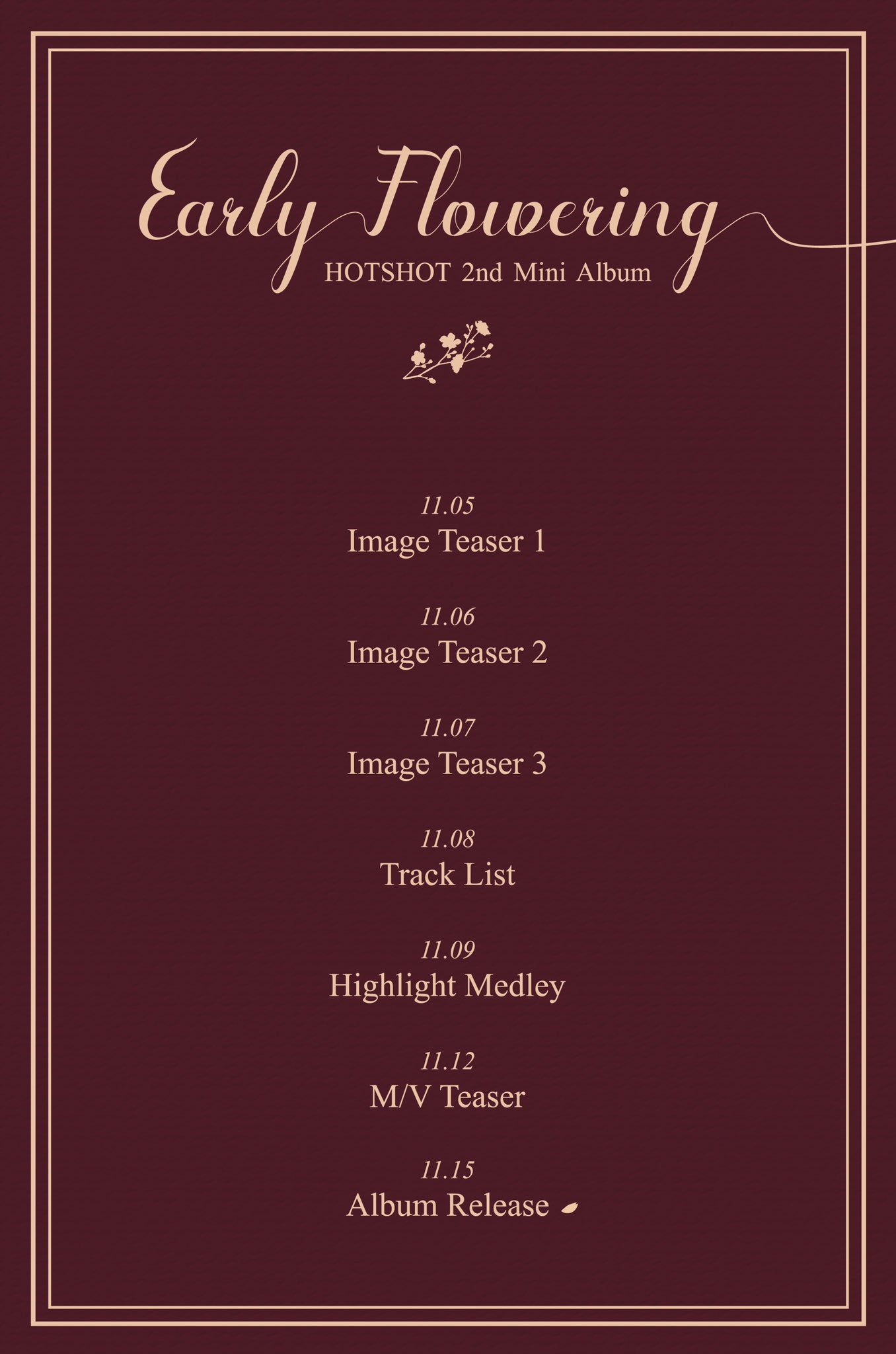 From November 5th to 9th, the group will release new teasers for their comeback every day. During the first three consecutive days, they will release a different image teaser. Then they will release the track list, highlight medley and MV teaser. The full album will finally be released on November 15th. Keep a lookout for more teasers in the new future for ‘Early Flowering‘!

What do you think of Hotshot‘s release schedule? Let us know in the comments below.