On November 4th, Hotshot released their first image teasers for their upcoming comeback. They will make their comeback with second mini album ‘Early Flowering‘ on November 15th at 12pm KST. 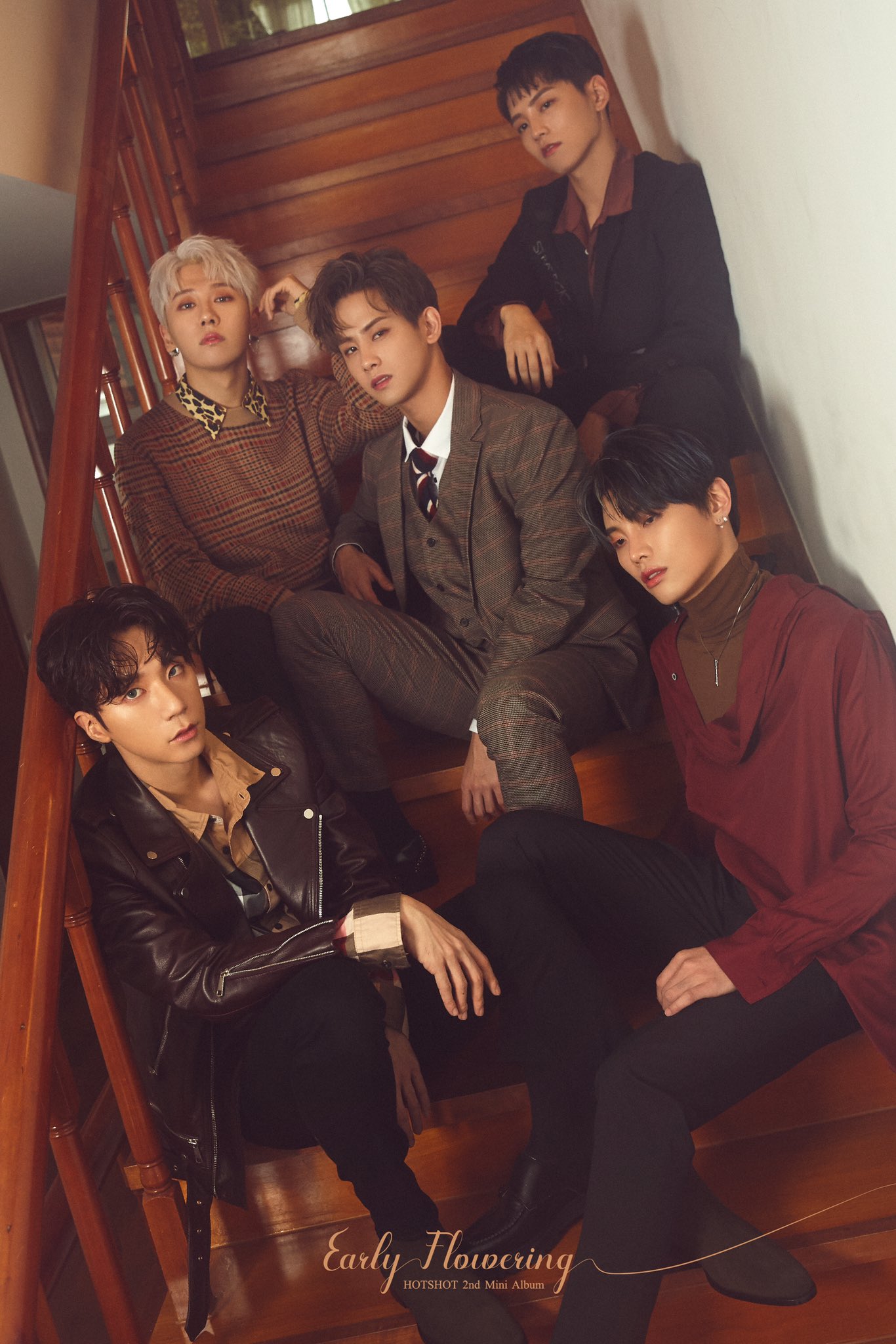 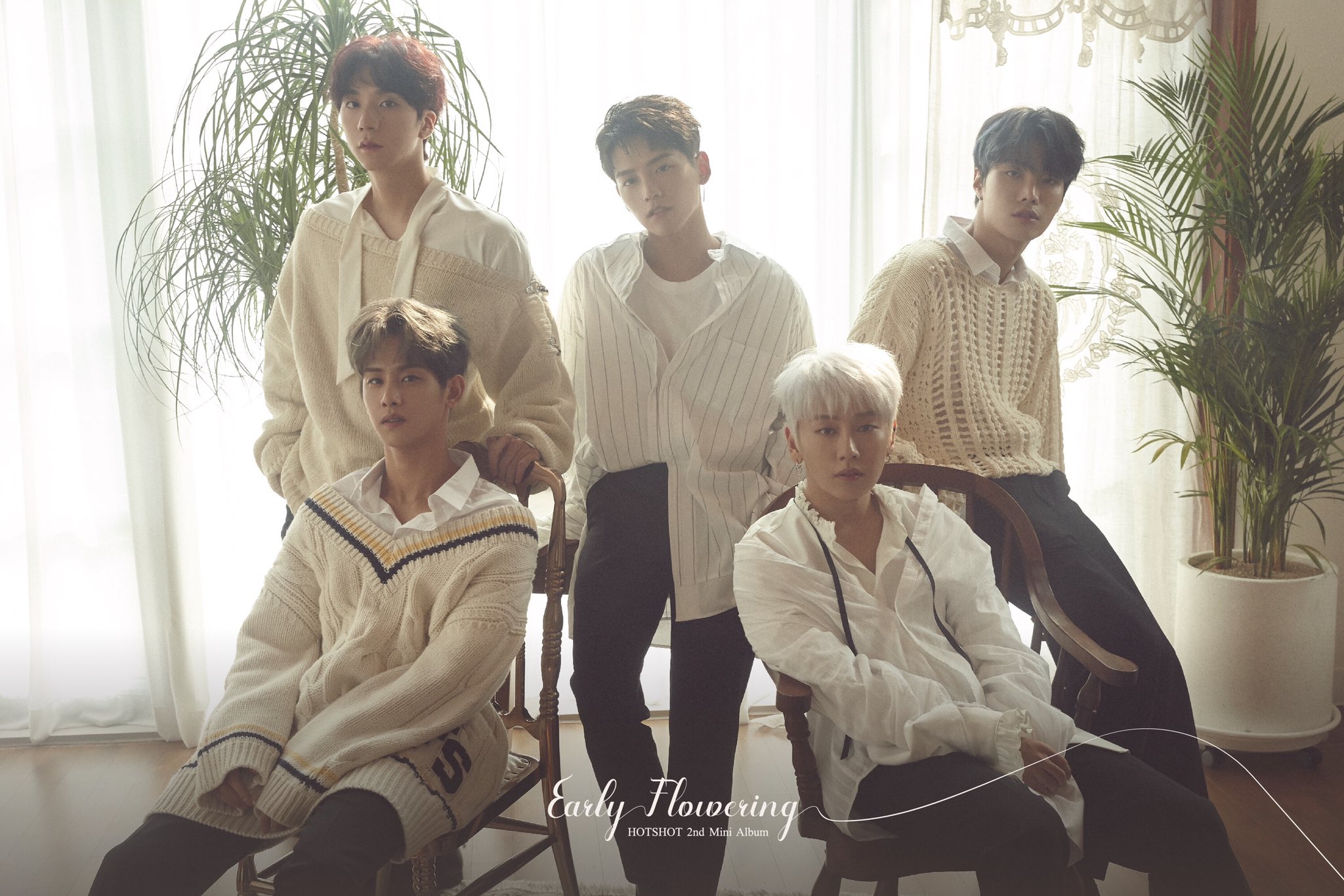 The group have gone for a softer look for this comeback. In the first image teaser, the members look smart as they wear semi-casual clothes like suits and plaid sweaters. Their clothes match the autumn weather, as well as the colour coordination. The five members sit on a flight of wooden stairs. In the second image teaser, the group look dreamy as they are dressed in white and beige clothes. They pose while sitting and standing in front of a white curtain with house plants in the background. The comeback is likely to be a sentimental song that references nature and seasons.

What do you think of Hotshot‘s new image teasers? Let us know in the comments below.