Are you hungry? Because BIG HIT is keeping us fed with BTS updates!

Are you hungry? Because BIG HIT is keeping us fed with BTS updates!

In the midst of the world tours, album releases, award shows and everything else, it’s more than music when it comes to BTS, but BIG HIT seems to have everything all planned out for longer than we thought.

Since debut, ARMYs have been intensely looking into theories hinted throughout BTS‘s MV’s, performances, captions on social media, clothing and short films that tell a story behind the music. Each era is apparently linked together far back to the beginning and with their latest comeback album ‘Love Yourself: Answer’. ARMYs are sure Big Hit isn’t done yet. ARMYs started to catch on back in the ‘HYYH‘ era which was changed and officially called ‘BTS Universe (BU)‘ and became the official name for it all in 2017 with its own logo. 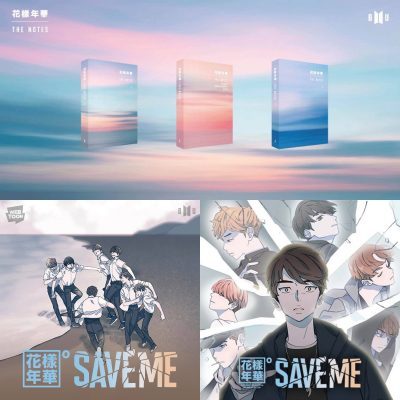 There is a official page on Twitter called ‘Smeraldo Books‘. Smeraldo is a flower and has been mentioned a few times in the past. The page has been dropping hints daily of short videos and images of ‘notes’ from past eras. Lately, they dropped a silhouette image with writing “coming soon” that sparked a lot of assumptions. Not long after, Big Hit dropped a collaboration with Webtoon. Wetbtoon is very popular app for people around the world to view digital/comic strip stories published. The BTS inspired Webtoon is called ‘The Most Beautiful Moments In Life – Save Me – Part 0′

Like that wasn’t enough?
BIG HIT have now released pre-orders for their new book called ‘The Notes 1‘. It’s available to you in English, Japanese and of course, Korean. You can pre-order online at the BIG HIT shop individually or as a set. Release date is set for March 5th.
We’re wondering how ARMYs are doing with all these theories now? What do you think is going to be next for them?
Keep following Officially Kmusic for more updates!
Sources (1)(2)(3)
Written by Jay
Edited by Lindsay
Thanks for rating this! Now tell the world how you feel - Share this on Twitter and on Facebook.
(Nah, it's cool; just take me back.)
MOODTHINGY
How does this post make you feel?

Scroll for more
Tap
SHINee’s Key and Minho are enlisting within the first half of 2019
Rookie group ATEEZ starts first US tour only a few months after debut!
Scroll
Loading Comments...