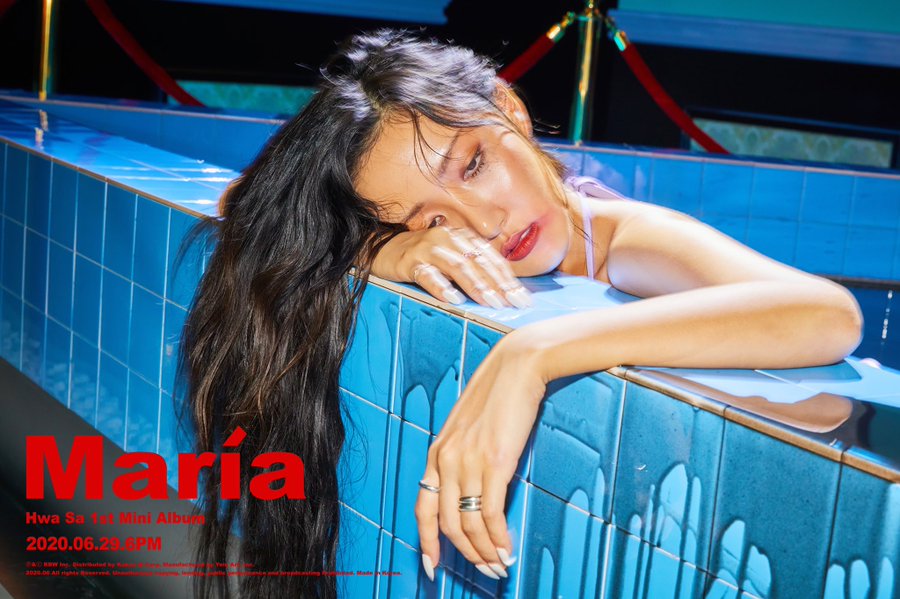 MAMAMOO‘s Hwasa has released a video of the Intro for ‘María‘ and also a teaser image.

Hwasa will be releasing her first solo mini album titled ‘María‘ on the 29th of June.

Hwasa ‘Intro : Nobody Else’

The Intro is very emotional and the lyrics are very deep. It seems the message of Hwasa‘s song is self love and her emotional and unique voice adds a bittersweet feeling to the song. The video also shows some of Hwasa‘s stages from the past making the video sentimental and even more emotional.

The teaser image is definitely very interesting. Hwasa can be seen laying her head on her arm as she lies inside a pool. She looks away from the camera and her gaze isn’t focused creating a quite lifeless image. The bright blue colours adds to this cold and somewhat eerie vibe.

What are your thoughts on these teasers? Tell us in the comments below!