Hyomin celebrated T-ara‘s 4th anniversary with a few pictures on her Instagram!

On July 29th, she uploaded a photo of the T-ara members smiling and being silly on camera, all centered around an image of a number 4. She also included a sunflower in the bottom left corner.

She uploaded the photo with the caption, “I love you”. 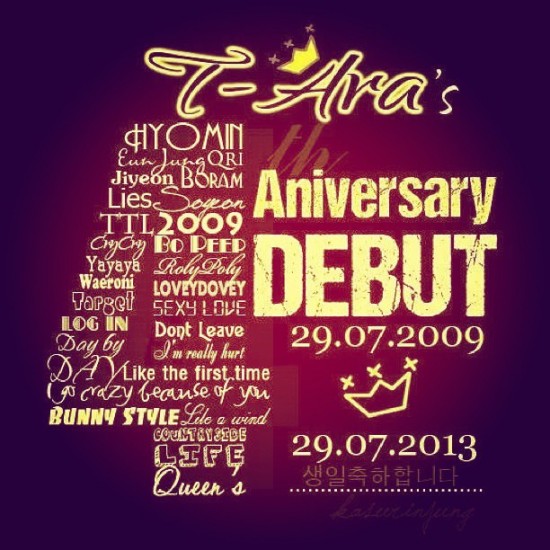 She also posted an enlarged picture of the ‘4′, showing that it’s made up of the members’ names and their song titles. She wrote, “4th anniversary ♥ #4th_Taraday”.