HyunA is looking great in black and white for her second set of concept photos!

HyunA is looking great in black and white for her second set of concept photos!

HyunA had recently dropped her first set of concept photos for her sixth mini album, ‘Following‘. In the first set, we got a taste for the natural HyunA. Now, she has revealed the second set of photos that has a different vibe. So, check it out below! 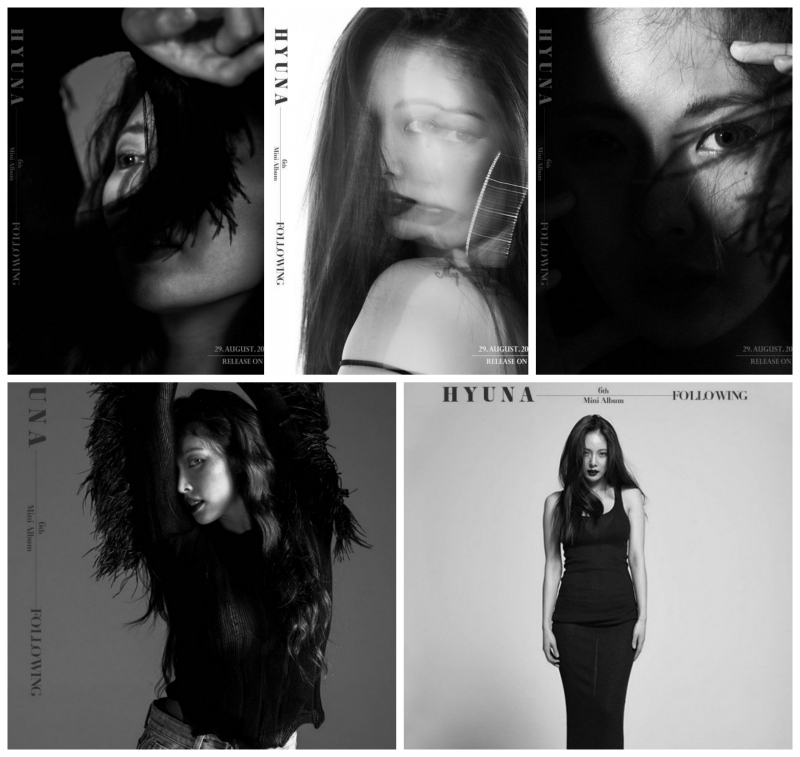 Once again, her images are in black and white. It definitely gives that more emphasis on the feeling and emotions from these images. It has a powerful feeling as HyunA is seen wearing black outfits throughout her images. Her images showcase her in different outfits. One in particular that caught attention is the one with fluff. Could it be symbolizing something? Either way, she looks gorgeous in it, rocking the fluff like its her own skin.

In another image, HyunA is standing quite tall and still, as she captures people’s attention with her eyes. Simple and classy is all the image needs to be a perfect one. In the other two, it features the fluff again where she angles it near her face. It covers her face, leaving only her eyes visible in the image. It will be interesting to see where she will be guiding this concept to!

HyunA to make her return on August 29th! Are you excited for it? Let us know in the comments below!