Hyungseob and Euiwoong revealed that they will be starting their second project. To get fans excited, they have dropped their comeback schedule, so check it out below! 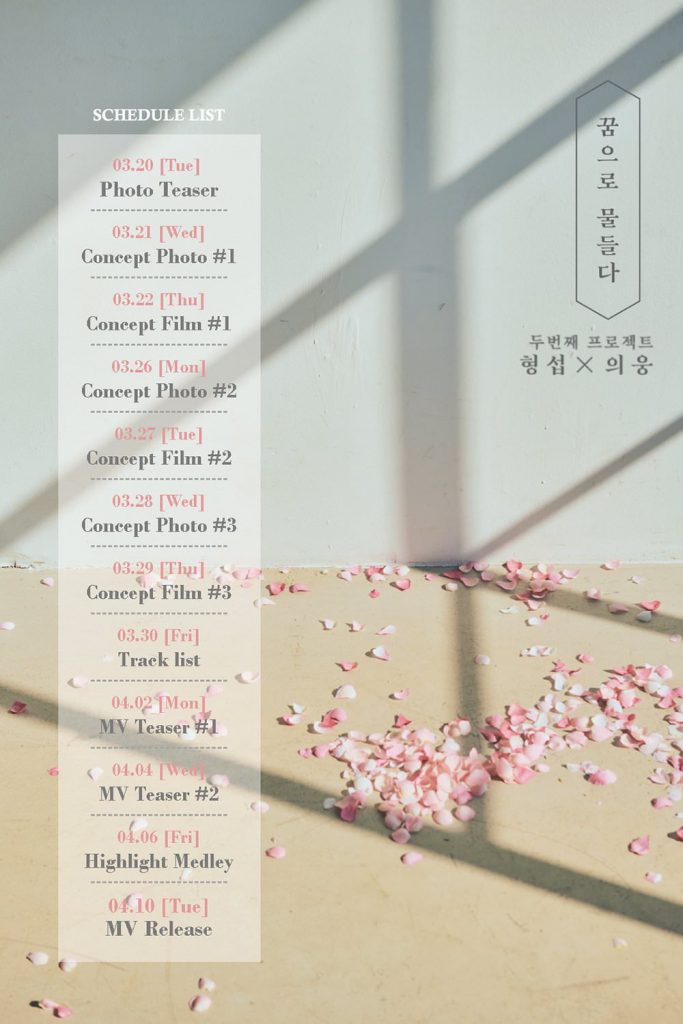 They have prepared quite a few things to keep fans entertained for their actual return. They have planned to drop their first photo teaser on March 20th. There will be a total of three concept photos to be revealed on March 21st, 26th and 28th. There will also be concept films which is dropped on March 22nd, 27th and 29th.

On top of that, there is also a tracklist and a highlight medley for March 30th and April 6th respectively. Finally, there will be two MV teaser scheduled for April 2nd and 4th.

Meanwhile, they will return with a new mini album, ‘Blinded Dreams’ on April 10th. Are you excited? Let us know in the comments below.

Officially Kmusic will continue to keep you updated on upcoming news!

Scroll for more
Tap
GOT7 is sporty for their Adidas collaboration full performance of ‘Look + drops a mysterious studio teaser!
Stray Kids reveal stunning group teasers for ‘I Am Not’
Scroll