iKON drop red and black concept posters, MV teaser and highlight medley for ‘I Decide’ ahead of long awaited comeback! 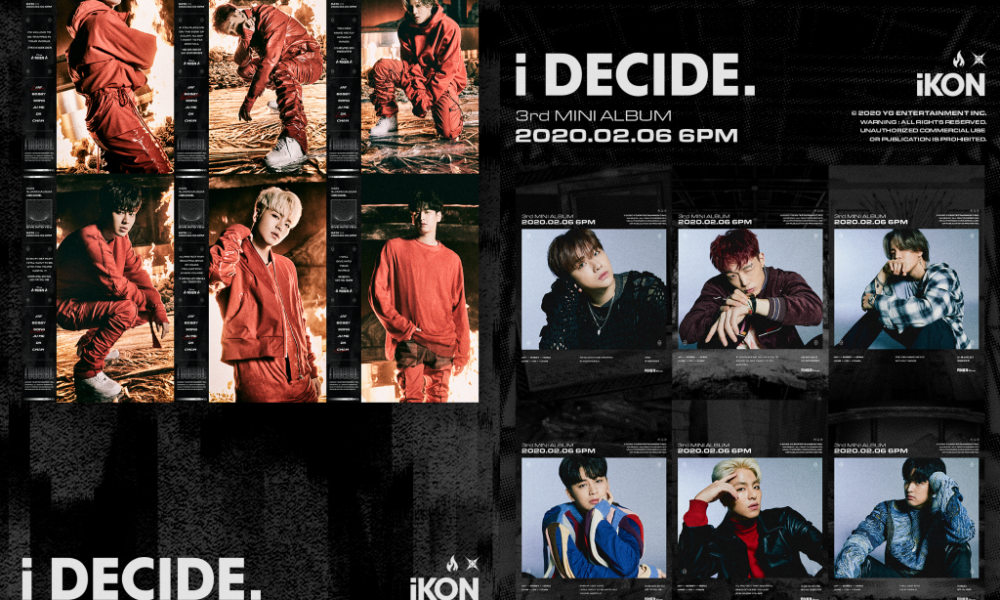 iKON drop red and black concept posters, MV teaser and highlight medley for ‘I Decide’ ahead of long awaited comeback!

iKON have released many teasers towards their 3rd mini album, ‘I Decide’ comeback. They dropped two versions of concept photos, their MV teaser for the title track ‘Dive’, and highlight medley on the February 2nd, 3rd, and 4th respectively. Check them out below!

In the MV teaser, we get a snippet of the title track which features a pulsating synth and claps in its instrumental. After that, we hear the title being sung at the end. Visually, we see the members are running on the same bridge as seen in a concept teaser released earlier, along with individual cuts of the members showing off their visuals. Furthermore, we get a powerful group shot at the end of the teaser.

Listening to the highlight medley, the album will contain 5 tracks. The following is an initial impression of each of them:

Former member B.I wrote the lyrics and helped compose all the tracks except Flower’. However, members Bobby and Donghyuk (DK) completed lyric writing for that track.

This will be the group’s first comeback since January 2019 where they promoted the title track ‘I’m Ok’ with album, ‘The New Kids’. Also, it will be their first comeback after member B.I‘s departure in June 2019.

iKON‘s 3rd mini album, ‘I Decide’ along with the title track MV for Dive’ will be released on February 6th, 6PM KST!How do you feel about their long awaited comeback? Let us know in the comments below!