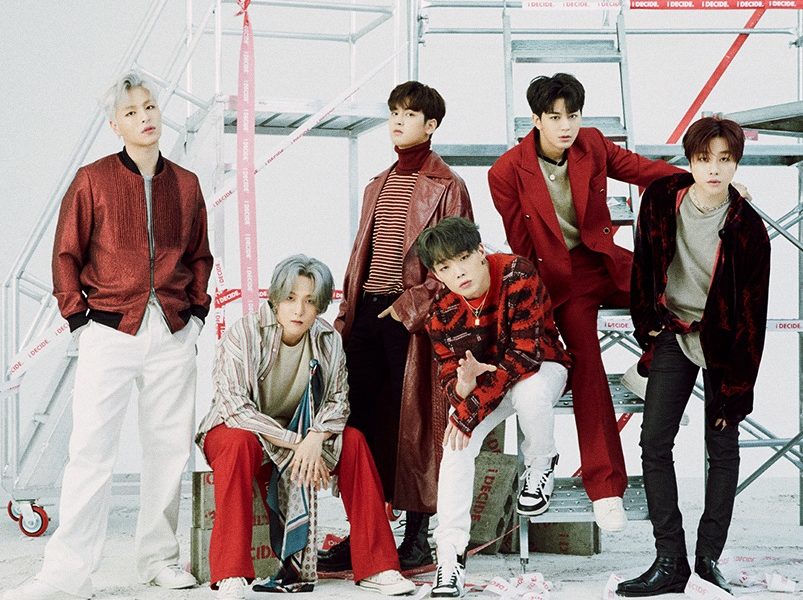 On January 30th, iKON released their first teaser for their upcoming 3rd mini album comeback, ‘I Decide’. Check the poster out down below!

The poster shows the group in a construction set, wearing chic outfits. These looks are all accented with the colour red, matching the rest of the poster. We see flames in the background, and a red border, making the poster feel more intense.

On the top of the poster, we see the release date for IKON‘s new mini album, is set for February 6th, 6PM KST!

This will the group’s first comeback in just over a year, since their last release was in January 2019, with the album with the title track, ‘I’m Ok’. Furthermore, this will be their first comeback after the departure of member B.I. YG Entertainment released a statement regarding the delay for IKON‘s comeback, which was supposed to happen in mid-2019. Due to B.I‘s departure, the company faced problems with what to do with the songs he had produced for the group. Ultimately, they decided to use but rework B.I‘s songs and adjust the line distribution to fit the now, 6 member group. B.I will still remain credited for those songs.

Are you excited for IKON‘s long awaited return? Let us know in the comments below!

Scroll for more
Tap
GFriend stun but are tied up in ‘Room’ and ‘Twisted’ versions of concept photos ahead of ‘回:LABYRINTH’ comeback!
EVERGLOW stun us and with their latest MV teaser for ‘Dun Dun’!
Scroll
Loading Comments...