iKON has finally revealed more details for their upcoming comeback with ‘New Kids: Begin‘. The title of this album symbolizes the new start and new style for iKON with many more ‘New Kids’ albums to come in the future. Right now for this album, the boys will be releasing double title tracks while looking quite bold and dope for this comeback. Check it out below!

From the teaser film, iKON is definitely going for a much stronger hip-hop vibe. The lighting use enhances the bad boy look they are going for. On top of that, they are seen wearing quite baggy clothing, which is quite fitting to their hip-hop concept. Also, at some parts, the video seems to be filmed in a much more retro style. Their hair styles looks great on each of the members. 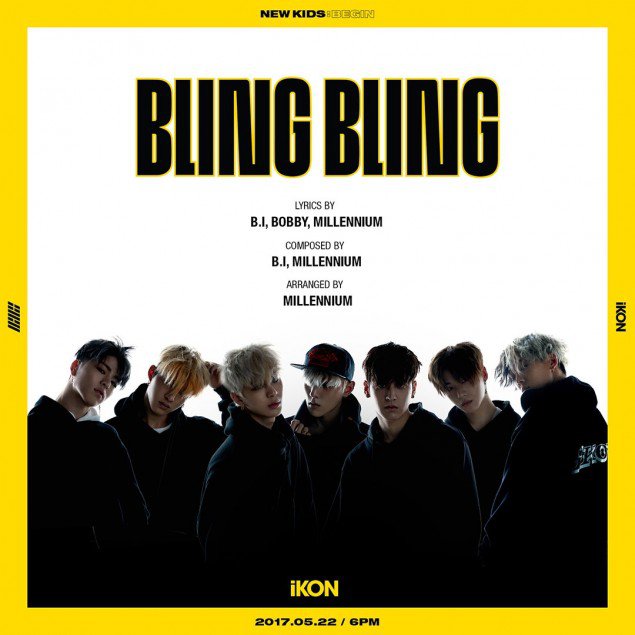 The first title track will be called ‘Bling Bling‘. The lyrics are written by B.I, Bobby and Millennium. While, the track is composed by B.I and Millennium and is arranged by Millennium. In the image the boys are looking quite bold and are looking amazing in black. It definitely is a style that matches well with the group. 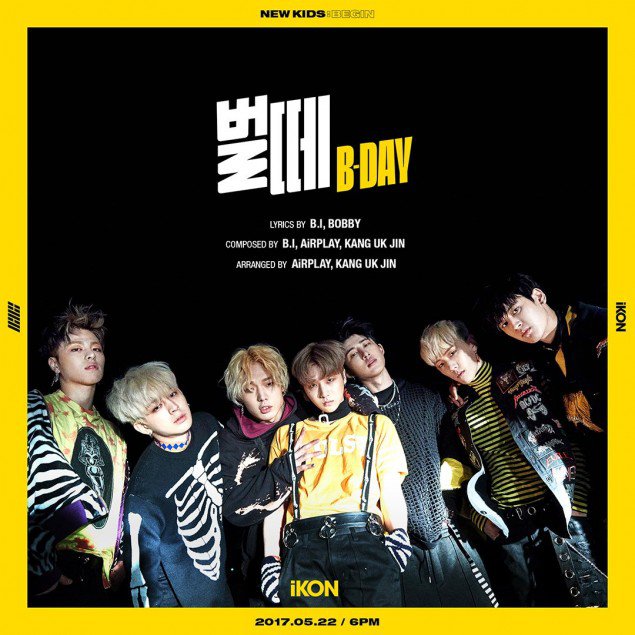 While, their second title track will be called ‘B-DAY‘. The lyrics are written by B.I and Bobby. It has been composed by B.I, AiRPLAY and Kang Uk Jin. It will be exciting to see what both of these tracks will sound like. While, in the image teaser, still with their deep glance into the camera, the boys are wearing much more colourful outfits. On top of that, each member is looking quite handsome!

Meanwhile, iKON will make their comeback on May 22nd! There will be two versions to this album: ‘Dope‘ and ‘Bold‘. Are you looking forward to their comeback? Let us know in the comments below!