iKON to make their quick return with ‘Rubber Band’

iKON to make their quick return with ‘Rubber Band’

IKON to make a return with ‘Rubber Band’

iKON will make a quick return with a single! It is called ‘Rubber Band’. So, check out their first teaser below! 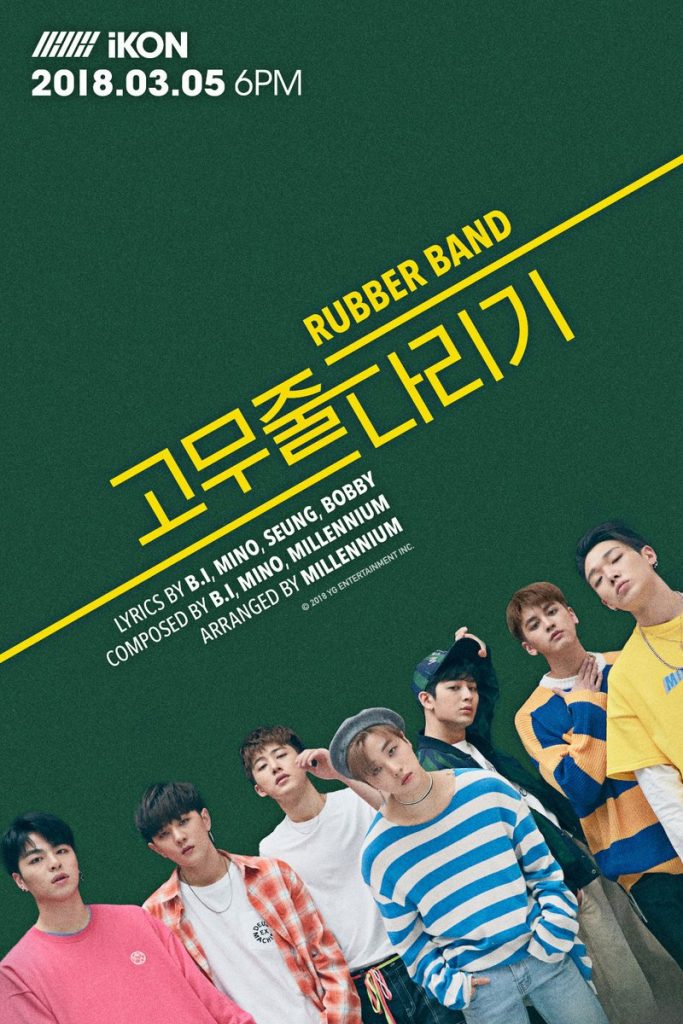 The boys are dressed in quite bright colourful outfits that has fans quite excited to see what this new single will be like. This track is written by B.I, Bobby, Song Mino and the current rookie producer, Millennium. The track was composed by the current writers excluding Bobby.

It will be interesting to see how ‘Rubber Band’ will sound like. One thing for sure is that YG has been spoiling fans with more iKON songs! Meanwhile, this track will be revealed on March 5th.

On top of that, YG has dropped a preview to the track. It is unexpectedly quite chill and this is a perfect continuation of their track, ‘Love Scenario‘. It definitely has fans more excited for the track’s release.

Officially Kmusic will continue to keep you updated on upcoming news!

Scroll for more
Tap
April looks great in front of ‘The Blue’ background for new concept teasers!
THE BOYZ will make their hot return in March!
Scroll